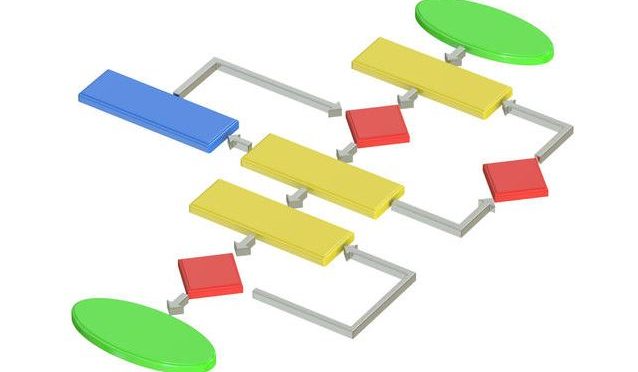 They are agnostic on market direction, but ubiquitous in markets. Firms like Goldman Sachs and Morgan Stanley may get the headlines, but algorithms are the real force today on Wall Street.

The mysterious programs were at the center of the so-called “Flash Crash” in May 2010, when the US stock market plunged more than nine percent in a matter of minutes for no discernible reason.

The swoon, which was reversed within a matter of minutes, was sparked by a computerized order to sell a large quantity of S&P 500 futures in a short period. That, in turn, triggered a chain reaction of other computerized orders by high-frequency traders.

The quickfire crash and recovery underscored the pivotal role of algorithms, which execute automated trades after taking instantaneous readings of inputs that can include news events, economic data and stock price movements.

The era of automated trading began with the 1971 founding of the Nasdaq market, which introduced computers to Wall Street in a significant way.

Today, algorithms are the 900-pound gorilla in markets, playing a role in the vast majority of securities transactions.

“I would say it is 90 percent algorithmic, but there is not a great way to quantify that,” said Valerie Bogard, an equity analyst at Tabb Group, a research and consulting firm.

“Even though (people) may send an order through a sales desk, it is possible it is going through an algo.”

Algorithmic trades vary in complexity and can be carried out with minimal human involvement once they are set up.

For example, the branding and technology company T3 has created a robotic, or “bot,” system that reads President Donald Trump’s Twitter feed and implements stock trades if it determines based on a quickfire reading that there will likely be a negative impact on a company’s shares.

Other firms, such as QuantCube Technology, use algorithms to make trades following analysis of so-called “Big Data.”

But the most controversial type of algorithms are those that do high-frequency trading, which execute buy and sell orders that individually result in minuscule gains but can add up to great amounts at large volumes.

High-frequency trades make up a rising share of overall market transactions and are often criticized due to their opacity.

Traders in this area have at times engaged in “spoofing” — placing thousands of computer-generated rapid-fire fake trades that are quickly cancelled.

The objective is to coax other traders into making bets at artificially high or low prices.

“That is just a violation of some of the rules of trading,” said Eric Noll, chief executive of Convergex Group, a New York brokerage firm.

The Securities and Exchange Commission in 2014 levied its first fine for such bogus trades. Since then, US regulators have pumped more resources into enforcing the rules on electronic trading.

The SEC now requires firms to identify those who design and operate algorithms and can subpoena documents from firms employing the technology.

There has also been a preference among some investors to rein in the machines. The New York Stock Exchange has announced plans to slow down transactions in one of its platforms, following the introduction of a similar mechanism by IEX Group, which delays transactions by microseconds.

These moves were taken in response to criticism that high-frequency traders were stiffing investors by driving up transaction costs.

But market insiders say there is no evidence of a clear trend as far as whether high-frequency trading makes the market more prone to crises than with conventional trading. After all, markets were also prone to violent gyrations prior to when the machines took over.

“When the crash in 1987 happened, it was before algos,” said Noll. “It is a somewhat harsh reality but true.”—AFP