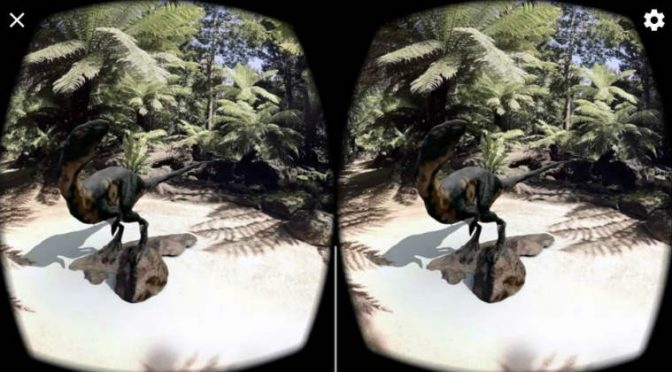 A team of Australian scientists are using a world-first approach combining three-dimensional (3D) printing and virtual reality (VR) to bring a dinosaur “back to life”.

Paleontologists at a site in New South Wales state near the Great Ocean Road have uncovered more than 200 bits of bones of the wallaby-like leaellynasaura, an ornithopod native to Australia, in just 12 days, Xinhua news agency reported.

Meanwhile, mechatronics students from Deakin University are using the bones uncovered to create a 3D model of the dinosaur on a computer which will eventually be printed.

When completed, the project will be displayed at Geelong’s National Wool Museum.

Experts from Deakin’s Virtual Reality Lab will then create a VR experience to make the tactile 3D-printed model of the dinosaur appear real.

Ben Hornan, a co-founder of the project, said he hoped the experience would further the general population’s knowledge of dinosaurs that once roamed Australia.

“We’re looking at how we can use virtual reality and 3D printing to help with providing educational experiences in a museum context,” Horan told the Australian Broadcasting Corporation (ABC) on Friday.

“So we are doing experiments on how we can best print dinosaur-like skin so people will not just feel the geometry, the size and the scale but also the contour of the skin as well.”

Researchers believe they will be able to replicate the skin of a leaellynasaura by scanning a blue tongue lizard, which has scaly skin similar to that of the dinosaur, and 3D-printing its scales.

The leaellynasaura was a small herbivore and was thus understood to be a shy dinosaur, so participants who put the VR glasses on will be warned to approach it with care.

Patricia Vickers-Rich, the scientists who discovered the leaellynasaura in the 1980s, said the project was an exciting new way to communicate her work.—IANS