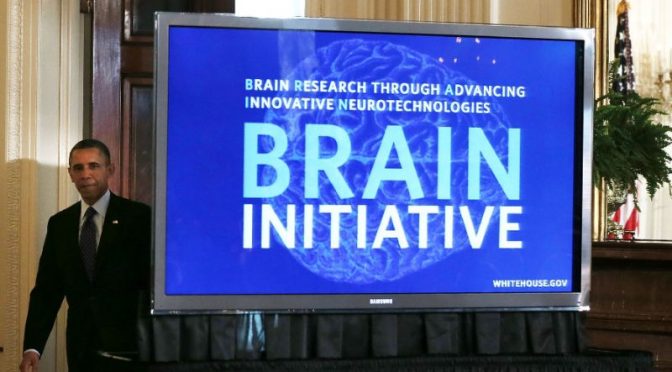 New imaging techniques enable exploration of the brain in much more detail than ever before, opening the door to greater understanding of neurological problems and possibly new treatments, researchers say.

Showcased this week at the American Association for the Advancement of Science annual meeting, the research and innovations are the product of three US scientists involved in a project launched by former president Barack Obama in 2013 to unlock the inner workings of the brain.

Obama’s Brain Research through Advancing Innovative Neurotechnologies (BRAIN) initiative promised a multidisciplinary approach, with a budget of $434 million for 2017, aimed at unlocking the mysteries of the brain and treating diseases such as Alzheimer’s, Parkinson’s and schizophrenia.

One of the technologies developed as part of the initiative, called Scape, enables scientists to see brain structures at a microscopic level.

Scape permits the three-dimensional observation of individual neurons in the brain of a fruit fly as the insect is in flight, searching for food or suddenly afraid for its life, said Elisabeth Hillman, professor of biomedical engineering at Columbia University.

“You can see actually flashing green as the brain is telling the body to move,” she told the conference.

“We can image every single neuron in the entire brain of these organisms, which was never possible to do before.”

The new tool opens up multiple paths for research, including deciphering the signals currently seen in magnetic resonance imagery (MRI).

“We are hoping to leverage this new technique to better understand diseases,” she said.

The size of an American football helmet, the advanced, miniature technology is worn on the head and does not interfere with patients’ ability to move freely.

The new device can peer deeply into the brain’s structures as opposed to older MRI scans, which only scan the brain’s surface.

“A lot of important things that are going on with emotion, memory, behavior are way deep in the center of the brain… areas we can reach with our technology,” Brefczynski-Lewis said.

“So you can get the instructions in the brain that are important for walking, for balance and eventually we will be covering the entire brain from top to bottom,” she added.

The device can be used for scanning patients suffering strokes, epilepsy, or from injuries sustained during accidents or on the battlefield.

“With this technique, you can study someone in the ER (emergency room) with a stroke and find out different treatment options that may be more appropriate,” Brefczynski-Lewis said. “It is personal medicine.”

Another area of brain exploration involves a technology that can remotely activate or fire neurons from a distance using radio waves or magnetic fields.

“We don’t want to interfere with the behavior of the organism we are studying.”

Activating neurons in precise locations of the brain could help researchers discover new treatments by showing which cells are involved in which illnesses.

The technology could also be used to improve the targeting of deep-brain stimulation by electrical impulses, currently used to minimize symptoms of Parkinson’s disease.

“This method could help in the discovery of drugs, what kind of cell type is involved in a disease and help cure the diseases,” Stanley said.—AFP