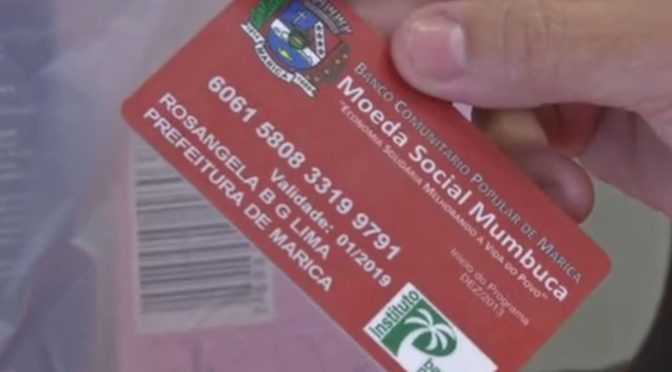 Does being handed money every month — no strings attached — sound attractive? The residents of a small town in Brazil are finding out.

Governments and think-tanks around the world are increasingly fascinated by the idea of a universal basic income, where citizens are given cash to spend as they want.

In Marica, a seaside town of about 150,000 people near Rio de Janeiro, the left-wing municipal government has spent the last year finding out how it works.

“We are a laboratory for the Brazilian left,” says Washington Quaqua, who introduced the experiment as mayor in December 2015 before stepping down. He was replaced by another candidate from the leftist Workers’ Party, Fabiano Horta.

The idea of a universal basic income isn’t new, but long-considered as a potential tool for social equality and redistribution of wealth.

The concept has gained traction more recently among high-powered business thinkers, especially in Silicon Valley, as they ponder how society will cope with the ever-expanding role of automation — a trend some futurists believe may create mass unemployment.

In Marica — a surviving Workers’ Party bastion in increasingly right-leaning Brazil — the basic income idea fits in well with the leadership’s socialist fervor.

Just about every public building is decorated in socialist red and Quaqua’s office sports portraits of communist revolutionary Che Guevara, whose name is also soon to be given to a new hospital.

“The world lacks creativity and Marica is giving the example of a town that knows how to redistribute its riches,” Quaqua says with pride about his pet project.

Despite his claims, Marica is only taking baby steps.

Inconclusively tried around the world for decades, the experiment is currently getting a high-profile rollout in Finland. The left-wing French presidential candidate Benoit Hamon, backed by the star economist Thomas Piketty, has also made the basic income part of his platform.

Only the town’s 14,000 poorest families are currently being given the income, which is denominated in Mumbucas, a virtual currency created to pay welfare under Quaqua three years ago.—AFP