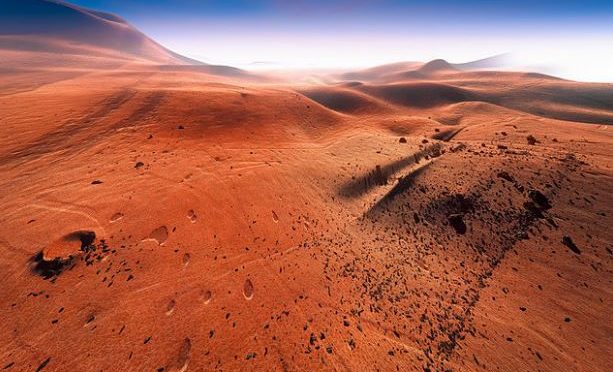 As the US space agency NASA prepares to send its next Mars 2020 mission in search of signs of life on the Red Planet, a Pasadena-based company is busy developing the rover’s robotic arm which, it says, will be more efficient than the one currently deployed on the Curiosity rover.

Motiv Space Systems has received an $11 million-plus contract from NASA’s Jet Propulsion Laboratory (JPL) to build the robotic arm for Mars 2020 which is slated for launch in July 2020 aboard an Atlas V 541 rocket from the Space Launch Complex 41 at the Cape Canaveral Air Force Station in Florida.

“NASA has made planet Mars a priority since the mid-90s and they have had a lot of initial successes. The next one is Mars 2020. That is a roving machine on the surface of Mars that is going to explore, take samples and prepare them for return to Earth,” Chris McQuin of Motiv Space Systems told IANS.

Mars 2020 — expected to arrive on the Red Planet in February 2021 — will investigate a region where the ancient environment may have been favourable for microbial life.

Scientists have shortlisted three potential landing sites for the rover that include Northeast Syrtis (a very ancient portion of Mars’ surface), Jezero crater, (once home to a Martian lake), and Columbia Hills (perhaps once home to a hot spring and explored by NASA’s Spirit rover).

“Our part is to build an efficient robotic arm that needs to clutch Maritian rock in a better way. Success for us will be Mars 2020 sitting on the surface, taking samples, doing science and teaching us more about the planet,” McQuin said last week on the sidelines of SOLIDWORKS World 2017 here—an annual conference organised by global 3D experience major Dassault Systemes.

Before joining Motiv, McQuin had worked on several robotic projects in the Mobility and Robotic Systems Section at JPL.

To achieve better results, the Motiv team has been able to enhance the capacity of the robotic arm this time.

“Mars 2020 has upped that turret size by 50 per cent over the last mission. It is a pure 42 kg of science instruments at the end of the arm. So the previous arm, previous design optimised for smaller payloads, just will not be able to hold. So we are developing the new arm to enable that mission,” McQuin said.

“The arm will search for life and water. NASA’s strategy has been to follow the water, look for the signs of the presence of life and prepare for the eventual human exploration of the planet Mars,” McQuin said.

Throughout its investigation, Mars 2020 will collect samples of soil and rock and cache them on the surface for potential return to Earth by a future mission.

“This mission marks a significant milestone in NASA’s Journey to Mars—to determine whether life has ever existed on Mars, and to advance our goal of sending humans to the Red Planet,” said Geoffrey Yoder, Acting Associate Administrator of NASA’s Science Mission Directorate in Washington.

“Mars 2020 rover is the first step in a potential multi-mission campaign to return carefully selected and sealed samples of Martian rocks and soil to Earth,” Yoder noted in a recent NASA statement.

Motiv is also building RoboSimian—a unique quadruped robot modelled after a simian morphology and is designed to operate in hazardous and extreme environments.

It is capable of tethered or fully wireless operations in functional modalities ranging from full autonomy to tele-operation.

“It was originally designed for the US Defense Advanced Research Projects Agency (DARPA) robotics challenge by JPL. The idea is to perform human-like tasks in a degraded environment where people cannot go,” McQuin stated.

RoboSimian has four identical robotic legs. Each of these legs are dextrose and strong enough for mobility. Advanced vision systems and control algorithms allow RoboSimian to navigate varied terrain and perform complex tasks, thereby extending the users’ presence into arenas which are either unsafe or inaccessible.