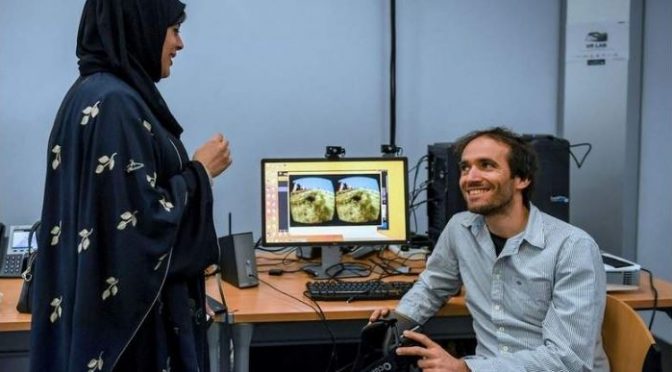 Is it possible to predict what a person will buy before they do so, or when a device will finally bite the dust?

Scientists at United Arab Emirates University (UAEU) believe that to be possible and have designed and patented an invention that uses data-mining algorithms to make forecasts based on historical information.

Developed by Dr Jose Berenqueres, assistant professor at UAEU’s IT College, the tool, called “System for Forecasting Future Events”, targets the aviation industry and the growing focus of airlines on predicting customer behaviour. In addition, the tool can also be used for other purposes such as healthcare. The invention, Dr Berenqueres explains, capitalises on the fact that data is now everywhere, and that it needs to be interpreted and put to good use in order to be of true value to businesses and to society in general.

“Reducing waste, increasing asset utilisation rates, and increasing delivered value to customers are key activities of any organisation with global aspirations,” he said. “Now that collection of data from customers is economical and widespread, companies that keep doing nothing with that data will, basically, slowly die, because the companies that do something with it will be one per cent or two per cent more efficient.”

Amazon.com, he revealed, is a prime example, with its model predicting which customers will become “gold” in a few months and which will not. With this information at hand, companies can better allocate their marketing resources and customer-relationship resources to the areas where they are more effective, and run on a lower budget while achieving the same results.

With his team, Dr Berenqueres built a tool related to airlines’ customer management and air-miles programmes, containing two methods of processing data that allow a computer to make accurate predictions.

The first – dummy-variable generation – converts categorical data, such as gender, into numbers that a computer can quickly understand. The second employs a technique known as blending, reflecting the belief that the average opinion will be closer to the truth if a larger number of opinions are analysed. The team has also used time-shifting, where an airline passenger’s data stream – akin to an air-travel fingerprint, detailing the flights they have taken, their purchase history, website interactions and other information – is reset to the first time they used the airline, allowing behavioural trends and developments to be identified.

“The combination of these three techniques yielded such good results that, when we showed them to airline executives, they were stunned and even we were surprised,” said Dr Berenqueres.