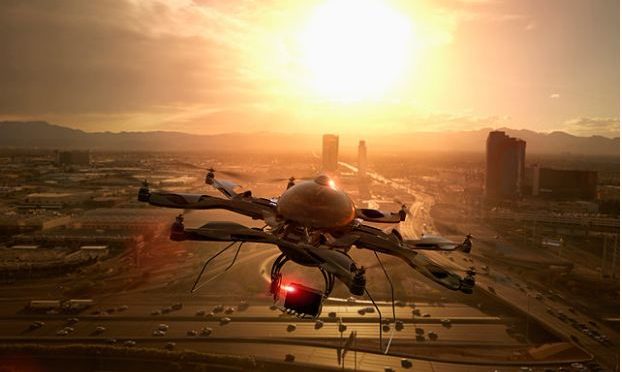 What if a drone delivers a mouth-watering pizza right in your car as you wait at the red signal and fly ahead? In a bid to make drones technology more potent, a team led by an Indian-origin researcher is teaching unmanned aerial vehicles to land on moving targets.

Using fuzzy logic, researchers at University of Cincinnati are programming drones so that they can make better navigational decisions on the fly that would eventually make drones autonomous.

“It’s the only realistic way that drones will have commercially viable uses such as delivering that roll of toilet paper to customers,” said Manish Kumar, associate professor and lead researcher.

According to Kumar, the problem of drones having difficulty in navigating their ever-changing is compounded when the drone tries to land on a moving platform such as a delivery van or even a US Navy warship pitching in high seas.

“It has to land within a designated area with a small margin of error. Landing a drone on a moving platform is a very difficult problem scientifically and from an engineering perspective,” Kumar said.

To address this challenge, the team applied a concept called fuzzy logic that helps the drone make good navigational decisions amid a sea of statistical noise.

Researchers successfully employed fuzzy logic in a simulation to show it is an ideal system for navigating under dynamic conditions.

Kumar and co-authors presented the study at the American Institute of Aeronautics and Astronautics’ “SciTech 2017 Conference” held in Texas recently.—IANS