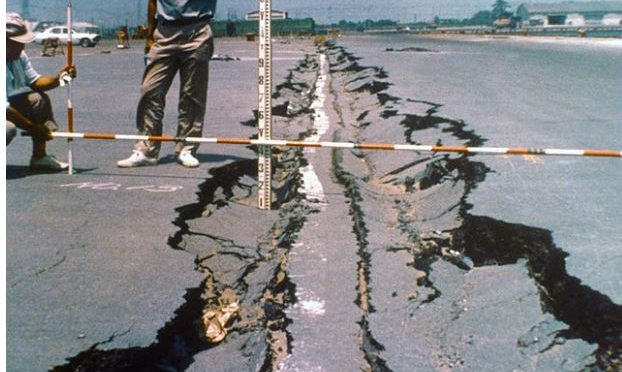 Two researchers at Stanford University have developed a software tool designed to reduce the risk of triggering manmade earthquakes where oil and gas production activities may trigger slip in nearby faults.

Acknowledging that “faults are everywhere in the Earth’s crust, so you can’t avoid them,” said Mark Zoback, professor of geophysics at Stanford’s School of Earth, Energy and Environmental Sciences, who worked with his graduate student Rall Walsh on the project.

“Fortunately, the majority of them are not active and pose no hazard to the public. The trick is to identify which faults are likely to be problematic, and that’s what our tool does,” Zoback added.

Oil and gas operations can generate significant quantities of “produced water,” or brackish water that needs to be disposed of through deep injection to protect drinking water.

Energy companies also dispose of water that flows back after hydraulic fracturing in the same way.

This process can increase pore pressure, namely the pressure of groundwater trapped within the tiny spaces inside rocks in the subsurface, which in turn increases the pressure on nearby faults, causing them to slip and release seismic energy in the form of earthquakes.

The FSP tool uses three key pieces of information to help determine the probability of a fault being pushed to slip: the first is how much wastewater injection will increase pore pressure at a site; the second is knowledge of the stresses acting in the earth; the third is knowledge of pre-existing faults in the area.

Zoback and Walsh have started testing their FSP tool in Oklahoma, of mid-western US, which has experienced a sharp rise in the number of earthquakes since 2009, due largely to wastewater injection operations.

Their analysis suggests that some wastewater injection wells in Oklahoma were unwittingly placed near stressed faults already primed to slip.

The researchers believe regulators could use the tool to identify areas where proposed injection activities could prove problematic so that enhanced monitoring efforts can be implemented.

“Our tool provides a quantitative probabilistic approach for identifying at-risk faults so that they can be avoided,” Walsh was quoted as saying in a news release on Monday.

Picture used for illustrative purpose only