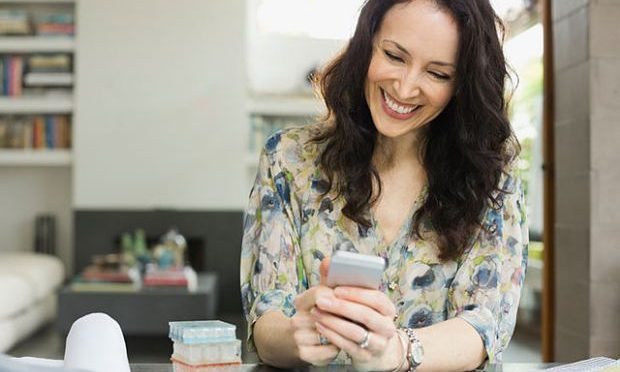 The mobile phone industry is racing to improve its ability to deliver content as the popularity of watching TV series and films on small screens surges, forcing a shift in focus for the sector.

Mobile video traffic is forecast to grow by around 50 percent annually to account for over two-thirds of all mobile data traffic by 2021, according to a forecast by Sweden-based telecommunications operator Ericsson.

The growing popularity of video is pushing phonemakers to come up with devices with better screens and sound quality.

For telephone operators it is pushing them to work closely with media giants like Vivendi and Turner, who are ramping up production of video content made specifically for mobile devices.

“Video is not an option, it is a must for telecom operators today,” Eric Xu, the CEO of China’s Huawei, the world’s third-largest phone maker after Apple and Samsung, said at the Mobile World Congress in Barcelona, the phone industry’s largest annual trade fair, which wraps up on Thursday.

The company has so far produced 25 original series in five languages.

Each series consists of ten episodes lasting ten minutes which are distributed to paying subscribers via an app for people on the go.

Vivendi has reached an agreement with telecom providers in Brazil, Argentina, France and Italy to provide the service and it will debut in Russia in June.

“Our aim is to be the preferred partner of major carriers,” said Vivendi chief executive Arnaud de Puyfontaine at a conference at the trade fair called “the content gold rush”.

The service allows telecom firms to “differentiate themselves” and encourages customers to sign up to plans with bigger data bundles so they can watch more video, he said.

US media giant Turner Communications, a division of Time Warner whose HBO channel is the home to popular shows such as “Game of Thrones”, has also started production groups that make short form content “that is really, really specific for mobiles,” said Turner chief executive John Martin.

“Mobile is an enormous opportunity,” he added.

South Korea’s LG presented a new flagship phone, the G6, which comes with a massive screen to target Netflix-loving, stream savvy commuters who want to watch films and series on the go.

Italian cinematographer Vittorio Storaro, who has won Oscars for “Apocalypse Now” and “The Last Emperor”, was on hand to praise the advantages of the phone’s 18:9 screen aspect ratio, a step up from the conventional 16:9 found on most phones, for watching film.

Netflix announced at the fair that it is set to introduce new technology that will deliver decent video quality to mobile devices while using less data.

“We are doubling down on mobile,” said the company’s vice president of product innovation, Todd Yellin.

Streaming Netflix shows on mobile phones is rising around the world and in three major markets — India, Japan and South Korea — people stream more Netflix video on their phones than on TV, he said.

Netflix CEO Reed Hastings claims he is among the converts to watching series on mobile phones.

“I watched ‘The Crown’ on mobile, and it was incredible, you see these great panoramas.. but when I told the writer Peter Morgan about that, he was aghast,” he said, referring to the popular Netflix drama about the early years of Queen Elizabeth’s reign.—AFP