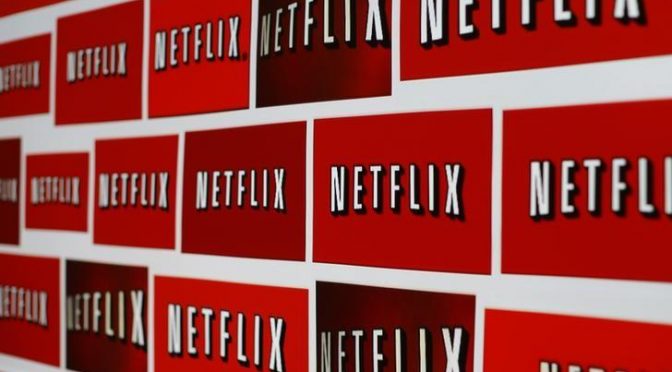 “Ten to twenty years from now all the video you view is going to be on the Internet,” he said at the Mobile World Congress, the phone industry’s largest annual trade fair.

“I think screens today are really stunning, you can see all the depth right in front of you. The beautiful thing is you can watch it on the move.”

While watching video on mobile devices via Netflix and other streaming sites is growing, data caps imposed on plans by mobile operators act as a barrier to users wanting to watch a video on the go.

But Hastings said he believed mobile carriers will eventually create a two-tear system where video data is unlimited to meet the growing demand for watching TV series and movies on mobile devices.

“What we are going to see I think is a number of companies pioneering new ways of offering services to the consumers where it is unlimited video data but it is limited to say one megabit speed,” he said.

“So it is a slower speed but you get unlimited data on that and that turns out to be very efficient on network so an operator can offer unlimited viewing.”

Netflix started streaming TV in the United States nearly a decade ago and has now launched in almost every country.

It ended 2016 with nearly 94 million subscribers, adding five million outside the United States in the last three months of the year.

Nearly half — 47 percent — of Netflix users are now outside the United States, a proportion expected to increase as it adds more customers.

Mobile video traffic is forecast to grow by around 50 percent annually through 2022, to account for nearly three quarters of all mobile data traffic, according to a forecast by Sweden-based telecommunications operator Ericsson.—AFP