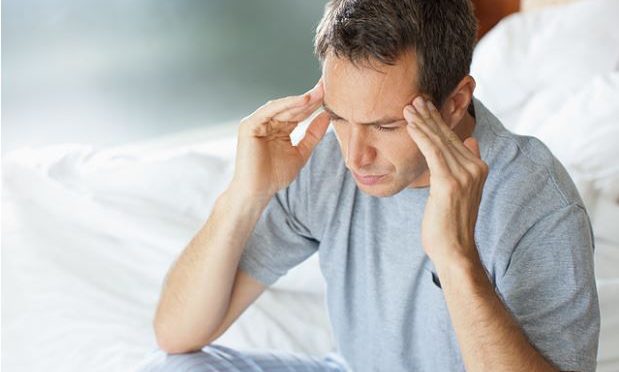 A new, smartphone controlled wireless patch that is wearable on the arm and uses electrical stimulation may help reduce pain of migraines without using drugs, researchers claim.
Migraine is a headache of varying intensity, often accompanied by nausea and sensitivity to light and sound.

“People with migraine are looking for non-drug treatments, and this new device is easy to use, has no side effects and can be conveniently used in work or social settings,” said David Yarnitsky, Professor at The Technion – Israel Institute of Technology in Haifa, Israel.

The device uses electrical stimulation to block the pain signals from reaching the brain and the patch contains rubber electrodes and a chip on an armband.

In the past when stimulation has been tested for people with migraine, devices needed wires and were attached to the head. However, the new device can be controlled by a smartphone app, the researchers said.

For the study, published in the online journal Neurology, the team involved 71 people with episodic migraine. Participants were asked to apply the device to their upper arm soon after the start of a migraine and use it for 20 minutes and were not allowed to take any medications for two hours.

The devices were programmed to randomly give placebo, or sham, stimulation at a very low frequency or one of four levels of active stimulation.

According to the researchers, a total of 299 migraines were treated with the device during the study and 64 per cent of people showed reduction in their pain by at least 50 per cent two hours after the treatment.

Furthermore, starting the stimulation within 20 minutes of the start of a migraine was found more effective.

“These results are similar to those seen for the triptan medications for migraine,” Yarnitsky said.