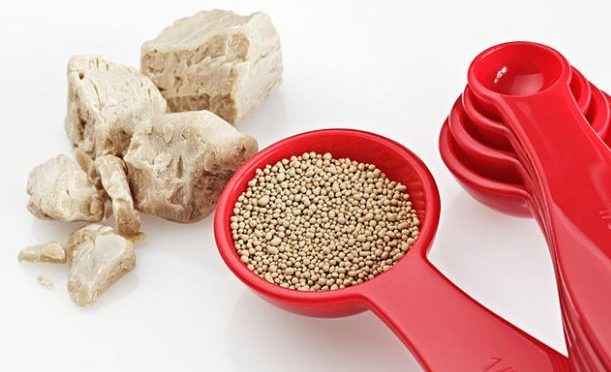 Scientists have taken a big step toward designing complex forms of life from scratch by constructing five new artificial chromosomes of baker’s yeast, representing a third of the micro-organism’s genome, or genetic blueprint.

The international team used computers to create laboratory-made versions of the threadlike structures that carry genetic code inside cells.

Synthesizing genomes may alarm some who see biotechnologists “playing God” but scientists view it as a logical extension of existing genetic engineering that is already used routinely to make drugs like insulin, as well as genetically modified crops.

The international group previously took seven years to build the first yeast chromosome in 2014. The addition of another five demonstrates accelerating progress in the field of synthetic biology, which promises a new era of designer life-forms.

New strains of synthetic yeast could be put to work to produce novel medicines, chemicals and biofuels. The work also serves as a foundation for a more ambitious project to synthesize a human genome in the next 10 years.

Yeast is surprisingly closely related to humans at the genetic level, sharing 26 percent of its genes with our species, although the human genome is around 250 times larger.

While other teams have synthesized bacterial and viral DNA, the Synthetic Yeast Genome Project is the first to do this in a eukaryote, an organism whose cells contain a nucleus, like human cells.

Writing in the journal Science on Thursday, scientists from the United States, China, Britain and France involved in the latest work reported that the yeast containing artificial genetic material was fit and healthy, just like normal yeast.

Jef Boeke of New York University’s Langone Medical Center, one of the lead researchers, said this adaptability augured well for building a raft of different designer genomes to address unmet needs in medicine and industry.

“(It) suggests that we can continue to be even bolder in our future designs and make more dramatic changes and really explore the limits of what you can do with a genome to have the yeast do our bidding and make more useful products,” he said.

Tom Ellis of Imperial College London said it was “a landmark moment for the worldâ€™s biggest synthetic biology project”.

Genomes are made up of DNA, a sequence of four different chemical building blocks abbreviated as A, T, G, C. Scientists have learnt to manipulate pairings of these chemicals to rewrite genetic code.

The natural baker’s yeast genome consists of 12 million base pairs but the synthetic version is about 8 percent smaller as scientists have removed some non-coding “junk” DNA.

Techniques for synthesizing DNA are improving all the time and costs are falling. Today, the cost of making each base pair of DNA chemicals is around 10 cents, which researchers said would allow the synthesis of whole genomes to become routine.—Reuters