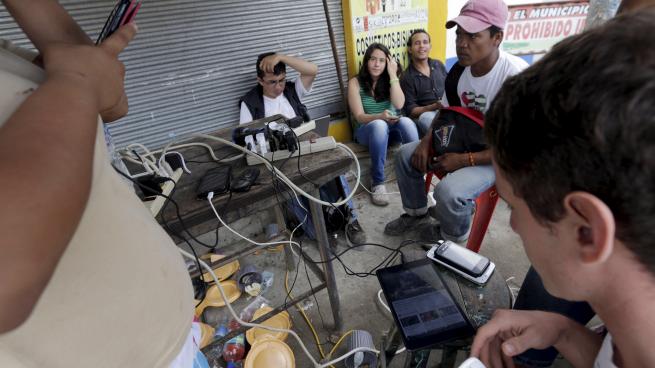 What do you do if you are a disaster manager in a coastal city when a powerful earthquake hits offshore?

You start tweeting life-saving updates and safety information to the public, alert your volunteers via SMS and set up a helpline.

You host a conference call for rescue workers using open-source tools and provide them with access to key documents via an online file-sharing service before reaching out to emergency accommodation providers through lodgings websites.

At a conference on resilience in New Orleans this week, technology companies outlined the increasingly sophisticated tools they are offering – on an altruistic basis – to help people cope better when disasters strike.

They are also collaborating to advance the speed and efficacy with which those tools can be deployed, said Kellie Bentz, head of global disaster response and relief for online accommodation marketplace Airbnb.

“In this space, we don’t believe there is any room for competition – we should all be working together; there is just too much to do,” she said.

Tech firms, including Google and Facebook, have “a very informal charter” to talk to each other so they can work better with governments and aid groups, she added.

And it’s not just in natural disasters like earthquakes and floods that tech companies are offering help.

Later this year Airbnb plans to launch a new community of socially minded hosts that want to put up – for free – people in need, from refugees to aid workers and the homeless, said Bentz.

The company already enables its 3 million hosts to offer shelter to people hit by emergencies and those who assist them – a service that has been activated in some 55 disasters globally since 2013, with more than 2,000 nights’ accommodation donated.

Cloud communications platform Twilio.org, meanwhile, is partnering with the International Rescue Committee charity so that refugees in Greece can find out the date of their asylum appointment in their own language via a phone-based voice response system.

Tom Tarantino, Twitter’s public policy manager, said the company aims to “weaponise Twitter in a disaster” by helping users make the most of different features – from dedicated hashtags to Twitter handle lists, adverts and live video – to get vital information to those affected as quickly as possible.

If communications go down or are overloaded in a disaster, an SMS version of Twitter can be activated, or Twilio can use its connections to find out which data networks are still on and figure out when others will be up and running, the experts said.

Yet while these companies are seeking innovative ways to assist in disasters, they acknowledged technology cannot always substitute for human support, and some of those affected may be reluctant to try out new things in tough circumstances.

To overcome this issue, Airbnb sends employees and volunteers to disaster zones to help people use the online platform, Bentz said.

“Not all digital solutions are right to solve human problems,” said Erika Murdock Balbuena, head of strategic initiatives with Twilio.org.

In a crisis, people may not want to have to sign up for something on a web page but just be reassured they will have a safe place to sleep, she added.

In a separate discussion at the conference, government officials highlighted the difficulties of using vast amounts of information pouring in via social media to make good decisions.

“From an emergency management perspective, it’s a huge mess,” said Sara Estes White, deputy chief information officer for New Orleans. “How do you take it and make it useful?”

Mark Dix of the National Oceanic and Atmospheric Administration said agencies must become “clever in how we manipulate, use, sort and filter that data” to answer the right questions.

Software has been developed that can mine tweets and other crowd-sourced reports from crisis zones to find out what is happening where – from mapping floods in Jakarta to identifying relief needs after Hurricane Sandy hit New York in 2012.

But some vulnerable groups – often the elderly or the poorest families – cannot use the internet, experts cautioned.

In New Orleans, which was battered by Hurricane Katrina in 2005, around two-thirds of the lowest-income groups do not have access to the internet, said Estes White.

When the east of the city was hit by a tornado this February, very little was posted on social media, she noted.

“Digital literacy is a significant challenge that isn’t being truly addressed,” she said.

A representative of United Way 211, a service that helps people across North America find local resources, said when floods hit Louisiana last year, there was still a need to knock on doors and hand out printed information about getting aid.

Estes White said offline information remained essential to piece together a full picture of the situation on the ground and reach all those in need.

“I would caution against thinking that social media is a total solution,” she said.—Thomson Reuters Foundation