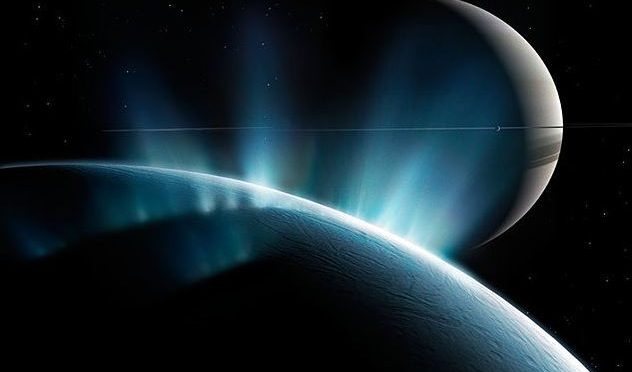 Saturn moon Enceladus’s hidden sea might be closer to the surface than previously thought, suggests a new study that found the south polar region of the moon to be warmer than expected just a few feet below its icy surface.The new study, based on data collected by the international Cassini mission during a close flyby in 2011, was published in the journal Nature Astronomy.

The excess heat is especially pronounced over three fractures that do not appear to be active at the moment.

Seemingly dormant fractures lying above the moon’s warm, underground sea point to the dynamic character of Enceladus’ geology, suggesting the moon might have experienced several episodes of activity, in different places on its surface.

“What is the warm underground ocean really like and could life have evolved there? These questions remain to be answered by future missions to this ocean world,” said Cassini Project Scientist Linda Spilker at NASA’s Jet Propulsion Laboratory, Pasadena, California.

The Cassini mission to Saturn is a joint endeavour of NASA, the European Space Agency (ESA) and the Italian space agency, Agenzia Spaziale Italiana (ASI).