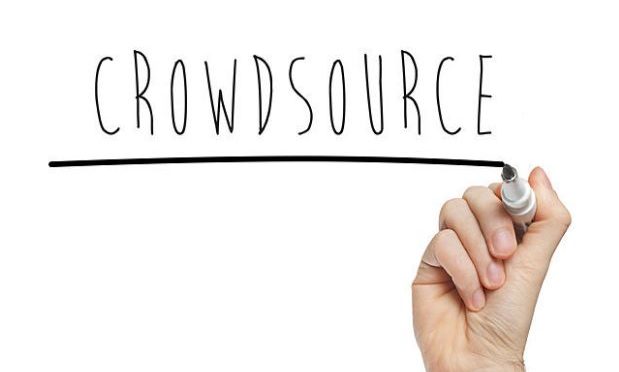 Fisheries researchers at the National Oceanic and Atmospheric Administration want them to sort through 500,000 images captured by 20 cameras at six remote sites. The job is simple: Flag photos that show sea lions.

NOAA Fisheries biologist Katie Sweeney is specifically looking for 256 Steller sea lions captured starting in 2011 that were permanently marked by branding, allowing them to track movement patterns. The image sorting tells researchers which photos are most important to review.

“If we see these animals over time, we can estimate their survival,” Sweeney said from her office at the Alaska Fisheries Science Center in Seattle.

Steller sea lions are the largest members of the eared seal family. An average adult male grows to nearly 11 feet and more than 1,200 pounds. Adult females average almost nine feet long and weigh about 580 pounds, according to the Alaska Department of Fish and Game.

They are found in the North Pacific from Japan and Russia to Alaska and as far south as the Channel Islands off the coast of Southern California.

The western population, from Prince William Sound to the Aleutians, was listed as endangered in 1997. They fell to their lowest numbers in 2003 and the population since then has increased just 2.7 percent annually. Sea lions in the far western Aleutians were especially hard hit, declining by 94 percent over the last 30 years.

No one knows why. Tracking marked sea lions has indicated they are not simply moving east to other parts of Alaska or west to Russia. Contaminants and poor nutrition are among the possibilities, but answers don’t come easy because of the expense and time needed to reach the remote locations where they live. NOAA in 2012 turned to remote cameras to gather more information.

The 20 cameras work year-round, snapping a digital photograph every 10 to 30 minutes during daylight.

“We get on a research vessel and we are out 1,200 miles in the Aleutian Islands,” Sweeney said. “We go to each site and have to pull out the SD cards and download them.”

A handful of people who volunteered to check the images could not keep up with the volume.

Computer analysis was not an option because creating an automated process would have been expensive and time consuming, Sweeney said.

“We kind of need the human eye for it,” she said.

Researchers turned to crowdsourcing. Working with the Zooniverse platform, about 2,200 volunteers starting Wednesday took a short tutorial on how to help sort the first 30,000 images.

Sweeney hoped volunteers would finish that first batch by June, when she leaves for the Aleutians to count sea lions and brand more of them. Instead, the citizen scientists surprised her and zipped through the first batch in a day and a half. Researchers have uploaded more images.

When the backlog is reduced, they will start a second project: Asking volunteers to look at the photos with sea lions to see if any of the animals are carrying the permanent marks that reveal where the sea lions were born, their age and their gender.

The sorting will help researchers focus on the most important images.