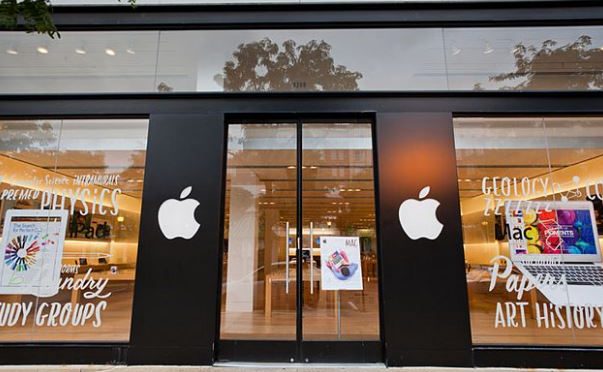 Apple’s recently submitted application for an unnamed “wireless device” to the US Federal Communications Commission (FCC) for approval turns out to be a door access system, most likely to be used for the Apple Park campus.“The manual for model ‘A1844, which supports both NFC and Bluetooth Low Energy, includes wiring instructions, and in fact says that users have to present the company provided credential to the reader,” appleinsider.com reported on Monday.

The new 175-acre Apple Park near Cupertino will be open to employees from April, while the construction of buildings and parklands is scheduled to continue through the year, the US tech giant announced earlier this year.

In honour of Apple co-founder Steve Jobs’ memory and his contribution to Apple, and his vision to make Apple Park a centre for creativity and collaboration, the theatre at the campus will be named the Steve Jobs Theatre.

Apple Park will include a visitors centre with an Apple Store and cafe open to the public, a 100,000-square-foot fitness centre for Apple employees and development facilities and the Steve Jobs Theatre.

The Park has been designed in collaboration with “Foster + Partners” and it replaces five million-square-foot of asphalt and concrete with grassy fields and over 9,000 native and drought-resistant trees, and is powered 100 per cent by renewable energy.

In the past few months, Apple has submitted two other wireless devices for FCC approval, identified as A1845 and A1846.