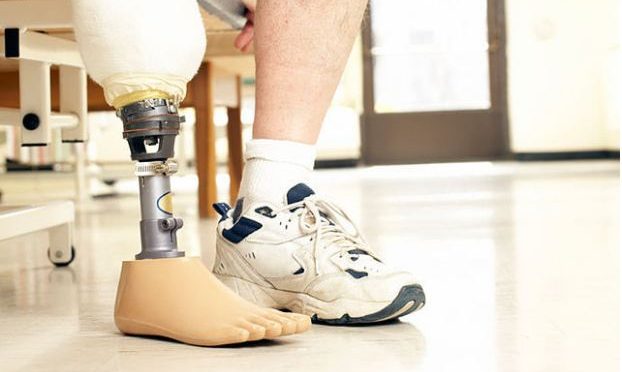 Amputees with prosthetic limbs may soon have much a better sense of touch, temperature and texture, thanks to the energy-saving power of the sun, British researchers said on Thursday.

While prosthetics are usually fully powered using batteries, a new prototype from University of Glasgow researchers opens up the possibility for so-called “solar-powered skin”, which would include better sense capabilities than current technology.

“If an entity is going out in a sunny day, then they won’t need any battery” to activate their senses, said Ravinder Dahiya, a research fellow at the university and a leader of the study. ”They can feel, without worrying about battery.”

The technology involves installing a thin layer of pure carbon around a prosthetic arm, hand or leg. This allows light to pass through it and be easily used as solar energy, the researchers said in a research paper.

The sun can provide up to 15 times more energy than is usually needed to power a prosthetic limb, Dahiya said.

This extra — and renewable — energy can be used to power sensors that increase sense and feeling in a limb, so much so that the prosthetic can feel pressure, temperature and texture like natural skin, the paper said.

“The skin is sensitive to touch and pressure, so when you touch the skin there you will know what point you are contacting and how much force you are applying,” Dahiya said, describing the prototype.

The scientists are the first to develop a model for solar-powered prosthetic skin, he told the Thomson Reuters Foundation.

The technology could also increase the functionality of robots, allowing them to have a better understanding of what they touch and interact with, according to Dahiya.

If robots had limbs that are sensitive to touch and pressure they would be less likely to make errors or injure humans, he said.

The researchers hope to further develop the prototype in the next two years, Dahiya said. Eventually, he hopes to power the limb’s motors with the renewable energy as well — rather than just the skin.

“Because we are saving a lot of energy, our vision is that … if we store this energy in some way we will be able to also power the motors with the energy,” he said.

“The prosthetic will be fully energy autonomous.”—Reuters