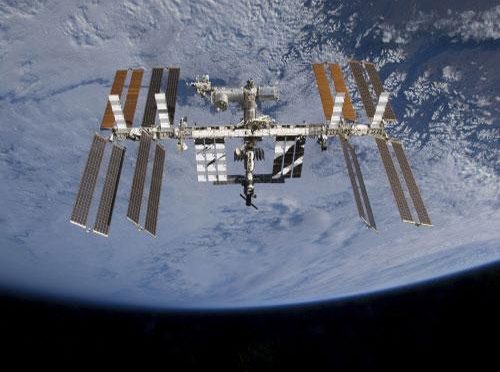 The “Flexible Damage Detection System” technology may offer a possible solution to NASA’s problem of figuring out in real-time where a spacecraft is damaged and how seriously.

“I kind of look at it like a sensory skin,” said Martha Williams, the scientist leading the development team.

“It’s a sensory system that tells us where we are damaged and the level of intensity,” Williams said in a statement.

As space shuttle windows revealed, something as small as a paint chip moving at that velocity can punch through several layers of glass.

If something pierces a spacecraft’s hull — or the first layer or two — there are very limited ways for astronauts aboard a spacecraft to know there might be damage.

An impact that goes all the way through and causes a leak would set off alarms, but otherwise the current methods to detect damage require either a camera inspection or a spacewalking astronaut.

Nor is there a precise way to pinpoint exactly in real-time where the damage occurred if not visible to the eye or camera so that astronauts can assess it.

The new invention uses a series of several technologies to create circuits printed on thin layers and that can be embedded in a spacecraft’s structure, scientists behind the invention said.

The researchers believe that if successfully incorporated, the innovation could also be applied to a host of satellites and aircraft.