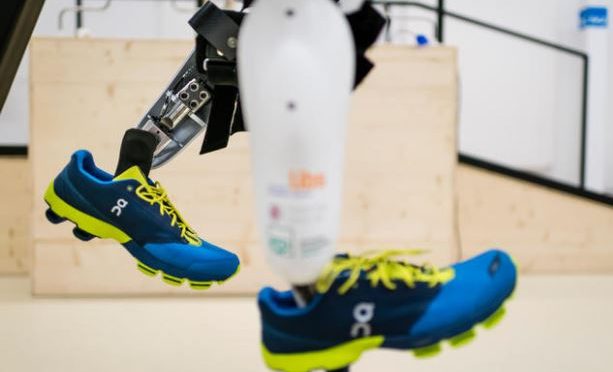 In a first, a research group has found that by changing only its parameter related to speed, a quadruped robot can spontaneously change its steps.
The research group led by Akio Ishiguro and Dai Owaki from Tohoku University in Japan demonstrated that a quadruped robot—which has four legs—can spontaneously change its steps between energy-efficient patterns (gait transition phenomena).

Until now, the manner in which changing speeds cause quadrupeds to change walking, trotting and galloping was poorly understood, the researchers said in their paper.

Through this study, they successfully demonstrated the quadruped gait transition phenomena.

They achieved this by a decentralised control scheme, using a simple local rule in which a leg continues to support the body while sensing weight on the corresponding leg.

The researchers hope that the study will lead to a wide range of applications such as adaptive legged robots working in disaster areas, user-friendly legged entertainment robots and automatic motion-creation algorithms for computer graphics (CG) animation.