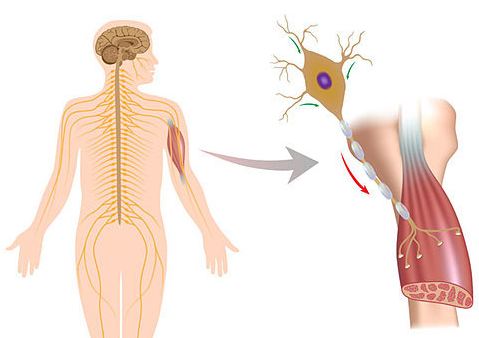 Pilots, welders and other workers who are persistently exposed to high levels of electromagnetic fields may be at higher risk of developing deadly motor neurone disease, according to a study published Thursday.

Research in The BMJ drew a link between such exposure and amyotrophic lateral sclerosis (ALS), a progressive degeneration of the motor nerve cells in the brain and spinal cord.

There is currently no cure, and those affected usually die within a few years of diagnosis.

The disease is very rare, occurring on average among two new cases per 100,000 people every year, most typically among individuals aged between 55 and 65.

“Those whose jobs had exposed them to high levels of extremely low electromagnetic fields were more than twice as likely to develop ALS as those who had never been exposed,” according to researchers led by Roel Vermeulen, a professor at the Institute for Risk Assessment Sciences at Utrecht University in The Netherlands.

Low-frequency electromagnetic fields are generated by electrical appliances and electrical tools and the power grid.

Earlier studies have suggested ALS may be associated with close workplace exposure to these fields, but the link has proven very difficult to establish.

Other suspected sources of the nerve disease are electric shocks, solvents, metal and pesticides.

Researchers reviewed medical records of about 120,000 men and women who were monitored for 17 years starting from the age of 55 to 69.

Seventy-six men and 60 women who died of ALS during this time were compared to a control group of about 4,000 randomly selected people.

Work histories detailed exposure to the five suspect agents, including the electromagnetic fields.

There was no significant correlation with the other suspected sources, the researchers found.

“This study has much better information on exposure to magnetic fields than previous studies,” said Neil Pearce, a professor of epidemiology and biostatistics at the London School of Hygiene and Tropical Medicine.

“If this finding is real, it is important as it identifies a new, preventable cause of ALS.”

But scientists still did not know what the biological mechanism behind such exposure might be, he added.

Other scientists were more reserved.

“One has to take this result with caution, as the patient numbers were very low,” said Christian Holscher, a professor at Lancaster University.

“It is not clear what conclusion to draw.”

Paul Pharoah, a professor of cancer epidemiology at the University of Cambridge, said that “chance is the most likely explanation for the findings.”

Also known as Lou Gehrig’s disease, ALS hit headlines in 2014 with the “Ice Bucket Challenge”, which saw people upload videos of themselves to the internet pouring cold water over their heads in a bid to raise awareness. British physicist Stephen Hawking suffers from the disease.