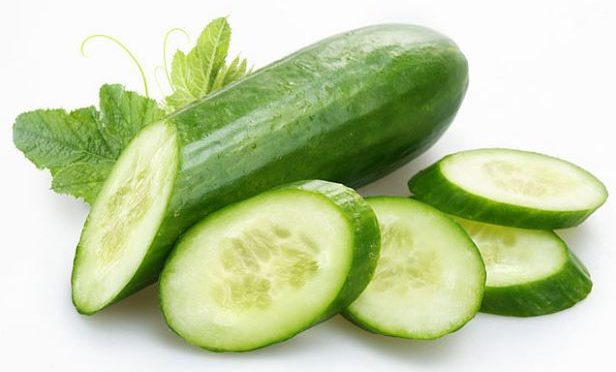 With scorching summer temperatures and little rainfall, the barren scrublands around the port of Aqaba in Jordan, one of the world’s most arid countries, might seem ill suited to cultivating cucumbers.

Yet a Norwegian company is setting up a solar-powered, 20 hectare (50 acre) facility that promises to grow a variety of vegetables without wasting a drop of fresh water.

“We take what we have enough of – sunlight, carbon dioxide, seawater and desert – to produce what we need more of – food water and energy,” said Joakim Hauge, chief executive of the Sahara Forest Project (SFP).

Harnessing abundant resources to generate scarce ones will be key to feeding a growing global population, set to reach 9 billion by 2050, without damaging the environment or accelerating climate change, he said.

Food production must rise by about 60 percent by 2050 to generate enough for everyone to eat, according to the United Nation’s Food and Agriculture Organisation (FAO).

Agriculture already accounts for 70 percent of global fresh water use, while the food sector is responsible for more than 20 percent of planet-warming emissions and 30 percent of world energy consumption.

“We can no longer make solutions that come at the expense of other sectors,” said Hauge. “There is a need for a more integrated approach”.

The Aqaba complex, set to open in the summer, evaporates salt water piped from the nearby Red Sea to cool greenhouses, creating conditions for crops to grow all year round.

Sea water is also desalinated to generate salt and fresh water for irrigation, while vapour from greenhouses is used to humidify surrounding patches of parched land so plants can grow.

SFP said a pilot project in the Gulf state of Qatar generated cucumber yields comparable to those of European farms. Plans are underway to expand operations to Tunisia.

But FAO experts said high costs involved limited the potential of such projects to ramp up food production on a global scale.

“You need a lot of energy and a lot of money so…the question may arise whether the same resources could be put to better use,” said FAO natural resources officer Alessandro Flammini.

To be financially viable, production must focus on high-value crops, like cucumbers and tomatoes, which poor countries might find cheaper to import, said Flammini, who analysed the Qatar pilot for a 2014 FAO report.

“It’s an interesting concept for fulfilling local needs and especially in terms of food independence and to meet the demand of a niche market,” he said.

The Aqaba complex had a $3.7 million budget and received financial support from Norway, the European Union and other investors, according to SFP.

Hauge said besides producing food, the complex, which will include a laboratory and research facilities, would produce side benefits by greening arid areas and creating jobs.

“We believe that this is part of the agriculture of tomorrow,” the biologist-turned-entrepreneur told the Thomson Reuters Foundation by phone.

FROM AUSTRALIA TO SOMALIA

Several other companies are employing similar technologies in other arid corners of the world.

The facility runs on energy mostly produced by a 115 metre solar tower that draws sunlight from 23,000 mirrors surrounding it.

“Traditional agriculture is wasteful in terms of water and fossil fuels. In addition, unprotected crops are at the mercy of the elements, causing gaps in supply, quality issues and price spikes,” Sundrop’s CEO Philipp Saumweber said in an email.

The company has signed a 10-year contract to supply Australian supermarket chain Coles with truss tomatoes and received investments of about $100 million from private equity firm KKR & Co, according to a 2014 statement.

“While the capital expenditure required to build our farms is slightly more expensive due to its cutting-edge nature, we reap the benefits of this initial investment in the long run through savings of fossil inputs,” said Saumweber.

Around seven thousand miles away, in sunbaked and drought-hit Somaliland, another British-based venture, Seawater Greenhouse, is setting up a pilot facility aimed at making high-tech greenhouse production more affordable.

“We have eliminated using fans,” said British inventor Charlie Paton, a former business partner of Saumweber, who pioneered the use of solar energy and salt water for irrigation in the 1990s.

“We designed (the greenhouse) to be cool by exploiting the prevailing wind. So it’s a wind-cooled greenhouse,” he said in a phone interview.

The one-hectare complex, which received funding from the British government, cost about $100,000, he said, adding he expected it to produce around 30 tonnes of tomatoes a year and 16 litres of drinking water a day for irrigation and livestock.

Paton said he hoped the greenhouse, which employs mostly local staff, would serve as a hub for expansion across the Horn of Africa.

“The region gets a lot of humanitarian aid and that’s arguably detrimental because if you give free food to people you put farmers out of business,” he said.

“It has more chances of success if people can make money out of it.”—The Thomson Reuters Foundation