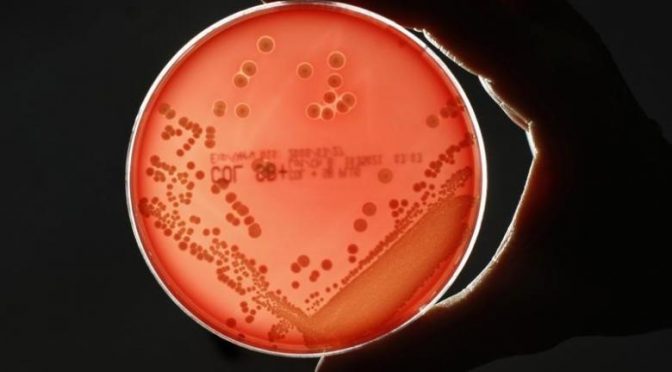 Eleven biotech companies and research teams in Britain and the United States were awarded up to $48 million in funding on Thursday to speed development of new antibiotics powerful enough to take on the world’s deadliest superbugs.

The range of antimicrobial medicines able to kill the growing number of drug-resistant infections is dwindling and health experts warn that within a generation the death toll from such “superbug” infections could reach 10 billion.

Announcing its first funding, a new U.S.-U.K. alliance known as CARB-X, short for Combating Antibiotic Resistant Bacteria Biopharmaceutical Accelerator, said it would invest an initial $24 million in 11 biotech companies pursing various projects to develop antibiotics and diagnostic. Another $24 million will be given in staged payments over three years as projects progress.

Added to private funds from the companies, the CARB-X funding could lead to an investment of more than $75 million in projects that show success, it said in a statement. Britain’s Wellcome Trust global health charity is committing 125 million pounds ($155.5 million) over five years.

Public health specialists have been warning for years that the world is facing an urgent global health threat from antibiotic-resistant superbug bacteria and that the pipeline of novel therapies to treat them is precariously thin.

Drug-resistant infections kill 700,000 people a year worldwide, and the last new antibiotic class to be approved for market was discovered in 1984.

With CARB-X funds, three of the 11 projects are working on potential new classes of antibiotics, while four are exploring new ways of targeting and killing bacteria.

Tim Jinks, head of drug resistant infection at the Wellcome Trust, said antibiotic resistance is already “a huge global health challenge” and is getting worse. “Without effective drugs, doctors cannot treat patients,” he said in a statement.

Kevin Outterson, CARB-X’s executive director and a professor of law at Boston University in the United States, added: “By accelerating promising research, it is our hope that we can speed up the delivery of new effective antibacterials, vaccines, devices and rapid diagnostics to patients who need them.”—Reuters