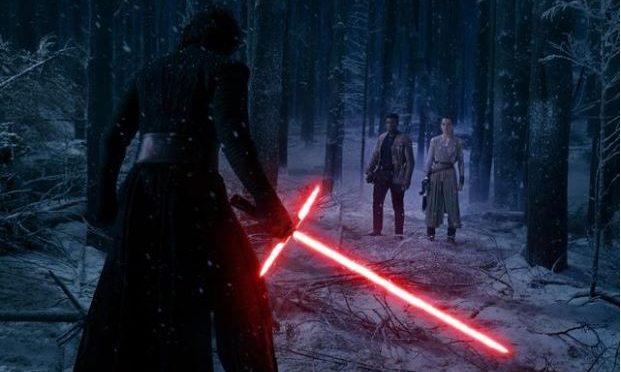 Researchers have proven a method for multiplying laser power using diamond, demonstrating that a laser similar to the Star Wars ‘superlaser’ may no longer remain in science fiction.Researchers demonstrated a concept – reminiscent of the Star Wars Death Star sci-fi laser – where the power of multiple laser beams is transferred into a single intense output beam that can be directed to the intended target.

This new laser development has real-world and high-stakes applications in which high power lasers are seen as a key tool in areas such as defence.

The key to the high-powered beam is placing an ultra-pure diamond crystal at the point of convergence.

The beam-combining is achieved in diamond by harnessing a co-operative effect of the crystal that causes intense light beams to transfer their power into a selected direction while avoiding the beam distortion problems of single laser technologies.

“This discovery is technologically important as laser researchers are struggling with increasing power beyond a certain level due to the large challenges in handling the large heat build-up, and combining beams from multiple lasers is one of the most promising ways to substantially raise the power barrier,” said lead experimentalist Aaron McKay.

Diamond beam combining is a novel alternative to other concepts being currently trialed elsewhere in the world, and in this study, beam combining in diamond has the unique advantage that the process also changes the colour of the laser beam.

“The particular wavelength of the directed energy beam is critical to the efficient transmission through the atmosphere and to reduce the eye hazard for people, or indeed animals, who may be in the vicinity of the beam,” said Mildren.

Although other materials have exhibited the same type of beam combining properties, the choice of diamond is essential for high power.

The power-transfer effect at the heart of the device, called Raman scattering, is particularly strong in diamond.

Also, crucially, diamond is outstanding for its ability to rapidly dissipate waste heat.

The research was published in the journal Laser and Photonics Reviews.