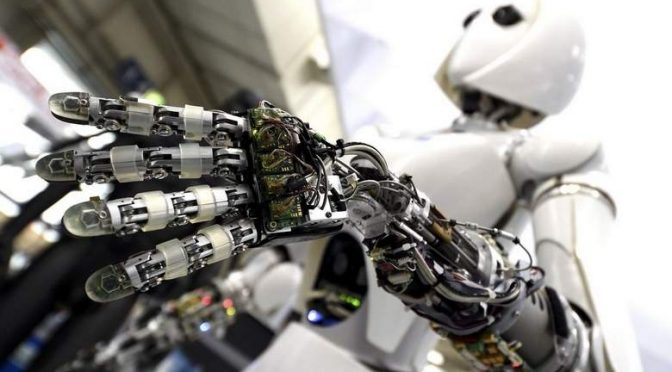 We have seen robotics evolve over the years and its application in manufacturing, packaging and other industries. Surprisingly, the use of robots is significantly growing and the time when we see them in every industry is just a matter of “when” and not “if”.

Robotic technology is now being used in a number of industries, from hospitality for serving food in restaurants to finance for greeting new customers at the bank and helping them to get started. We have seen robots selling tickets at the Dubai Aquarium and making the cars we drive. Robots are complex machines that can do simple tasks such as packing boxes in warehouses to saving human lives in an operation theatre.

There’s one more industry where robots are making a difference and will make significant changes in the future – the construction industry. While construction has seen massive technological advancements and has rapidly increased productivity, cost and minimised the risk of minor and fatal injuries, there is enough scope for improving robotics to take complex tasks and reduce construction time and quality.

From reducing the risk of projects being halted for labour falling from high floors to sending real time project updates, robots can be well-utilised to solve problems faced at construction sites.

Application of robots in the construction industry is growing and is successfully undertaking tasks such as demolishing, scaffolding and many others that are typically done by humans. While the use of robots improves the quality of construction, it also increases productivity and the speed of construction. In countries with very high or low temperatures, human labour gets limited time to work on new construction as the extreme weather slows down productivity and increases health risks. This also increases the cost of providing necessary facilities for workers that are not required if robots are engaged in the construction. However, the use of robots will be limited for repetitive tasks and for decision making, they can’t replace humans.

Many Japanese companies have been experimenting with the use of robots and smart construction technology as the country lacks skilled workers to operate heavy machines like bulldozers. Japan is hosting the 2020 Olympics and needs massive infrastructure to be built within the stipulated time frame. However, due to the large labour shortage, Japanese construction companies are turning to robotics to fill the gap. Japan needs more than 25,000 workers to build stadiums, arenas and other facilities to host the event but there is a deficit of young skilled labour.

Similar is the case in Australia where the ageing population has not been able to provide enough work forces to the construction industry, creating a large gap between the supply and demand of skilled workers who can efficiently handle heavy and sensitive equipment with precision.

Construction companies building very large and complex projects will adopt semi-autonomous and autonomous robotic systems in the near future that will solve construction problems, increase productivity, reduce cost and increase safety at the sites. There is a rapid growth expected in the next five to 10 years.

Although these technologies are still at the penetration stages, one of the main arguments against introducing robots in construction is if they will eliminate the use of humans? This may not be the case as the use of robots will create jobs to monitor, repair and programme these machines. Robots can’t replicate the creativity and judgment of humans and there are certain tasks that can only be done by humans. Robots will be seen working side by side with humans creating safer construction sites and improved real estate.—Anjum Bhat

The writer is online marketing manager at Aston Pearl Real Estate. Views expressed are his own and do not reflect the newspaper’s policy.