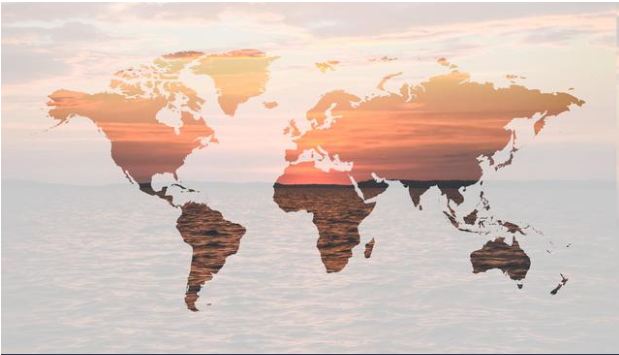 The 90 cities in an international network of megacities committed to tackling climate change – called C40 – will need to raise $375 billion by 2020 for low-carbon transport, buildings and other infrastructure, the group says.

Even more is needed worldwide to keep global warming to well below 2 degrees Celsius above pre-industrial levels, as agreed under the Paris climate deal which took effect last year.

“If we don’t fix this infrastructure problem, then cities will grow far beyond the 1.5 degree pathway they need to be on,” said James Alexander, C40’s city finance programme director.

“The scale of action that’s required is absolutely enormous,” he told the Thomson Reuters Foundation.

The C40 network includes London, Paris, Mexico City, Washington and Cape Town. Some 70 percent of its cities are already seeing the effects of climate change, a rise from 50 percent just two years ago, Alexander said.

Low-carbon projects in cities are too small, too risky and lack a track record in attracting finance, Shirley Rodrigues, London’s deputy mayor for environment and energy, told an international meeting of city officials and investors this week in London.

“These are issues that are very common to all cities,” she said. “We need to bring down the cost of finance, we need to unlock more public and private investment … and increase the use of innovative green finance mechanisms such as green bonds.”

Some investors are ready to put billions of dollars into environment-friendly infrastructure, but need more long-term stability and incentives.

“The equity wants to play. It’s not earning anything at the moment in a low interest-rate environment,” said Esme Lowe, managing director of property at Impax Asset Management, an investment firm managing and advising on $6.8 billion.

But investors need the stability that comes with joined-up thinking and predictable action by governments, he said.

“Governments tend to change the rules so regularly,” he added. “If you want … equity at scale from pension funds and other investors, they need to have consistency and confidence that the returns aren’t going to be taken away from them.”

Major long-term investors like pension funds will also deploy faster and at larger scale if there are more incentives like tax benefits or capital allowances, he said.

Because many green technologies are new, they bring an inherent risk for investors, he added.

“Cities need to start working with the financial sector to create the innovative mechanisms that can help de-risk these projects,” he said.

It needs to raise private investment to pay for this – electric buses are triple the price of diesel ones – but the main challenge is organising the different groups involved, said Gustavo Jimenez Vera, senior project advisor at GIZ, who is working on the project.

Most operators own just two or three buses each, so to attract private investment they have to form a single company, he said.

“The money, I think, is there. You just need to make sure you’re creditworthy to get it,” he said.

Creditworthiness is a major challenge for cities in countries with poor credit ratings, which make it harder and more expensive for them to attract money from capital markets.

“Even if their financial situation is much healthier than the national government’s, (cities) will be affected by the macro situation,” said Naoko Ishii, CEO of the Global Environment Facility, which is looking at how to help cities borrow money more cheaply.

Another source of cash is major development finance institutions like the World Bank and Asian Development Bank. But cities seeking loans from them have to be guaranteed by their national government, Ishii said.

“You can have all the creative financing in the world, but if you don’t have the funding to pay (it) back… then it’s not going to do you any good,” he said.—The Thomson Reuters Foundation