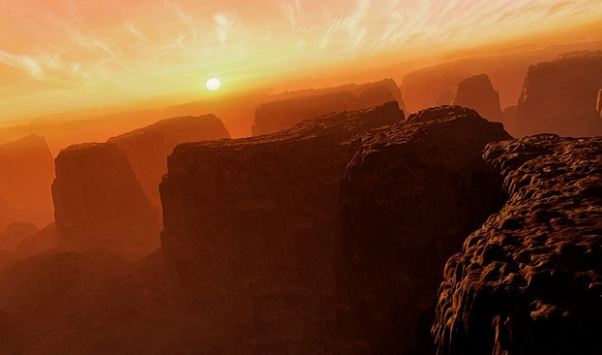 “MAVEN has made the first direct detection of the permanent presence of metal ions in the ionosphere of a planet other than Earth,” said Joseph Grebowsky of NASA’s Goddard Space Flight Center in Greenbelt, Maryland.

MAVEN (Mars Atmosphere and Volatile Evolution Mission) is exploring the Martian upper atmosphere to understand how the planet lost most of its air, transforming from a world that could have supported life billions of years ago into a cold desert planet today.

Understanding ionospheric activity is shedding light on how the Martian atmosphere is being lost to space, according to the team.

“Because metallic ions have long lifetimes and are transported far from their region of origin by neutral winds and electric fields, they can be used to infer motion in the ionosphere, similar to the way we use a lofted leaf to reveal which way the wind is blowing,” said Grebowsky, who is lead author of a paper on this research published in the journal Geophysical Research Letters.

The metal comes from a constant rain of tiny meteoroids onto the Red Planet. When a high-speed meteoroid hits the Martian atmosphere, it vaporises.

Metal atoms in the vapor trail get some of their electrons torn away by other charged atoms and molecules in the ionosphere, transforming the metal atoms into electrically charged ions, the study said.

There has also been indirect evidence for metal ions above other planets in our solar system.

However, long-term direct detection of the metal ions by MAVEN is the first conclusive evidence that these ions exist on another planet and that they are a permanent feature there.

“Observing metal ions on another planet gives us something to compare and contrast with Earth to understand the ionosphere and atmospheric chemistry better,” Grebowsky said.