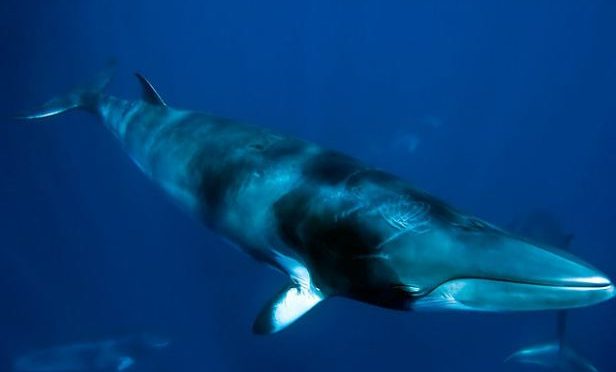 Whale cams have revealed the secret feeding habits of the giant mammals in frozen Antarctica, details on their social lives, and even how they must blow hard to clear sea ice to breathe.

Scientists attached tiny cameras and electronic tags to humpbacks to better understand what they do underwater as they study how shrinking sea ice caused by warming sea temperatures linked to climate change may impact them.

“Once we have an idea about where the whales feed, how often, where they go and rest, we can use this to inform policy and management to protect these whales and their ecosystem,” leading whale scientist Ari Friedlaender said Tuesday.

The Australian Antarctic Division-led team said the information helped determine how the abundance of their main food, krill, affected the feeding success of whales.

It also added to their understanding of how any change in krill population due to climate change, commercial fishing, or ocean acidification, may impact whales in the future.

“We have some wonderful data on different feeding strategies from rolling lunges near the surface, to bubble net feeding, to deep foraging dives lunging through dense patches of krill,” said Friedlaender.

“We have been able to show that whales spend a great deal of time during the days socialising and resting and then feeding largely throughout the evening and night time.”

The cameras were attached by suction cups to each whale for between 24 and 48 hours before they fell off and were retrieved and reused.

WWF-Australia, which help fund the cameras, said the work was about enabling habitats to become more resilient and thrive in the future.

The Antarctic remains one of the world’s last wild frontiers, containing some of the most pristine marine ecosystems left on the planet.

It is seen as a critical laboratory for scientists monitoring the effects of climate change.

The researchers also deployed longer-term electronic tags on the smaller Antarctic minke whales, with scientist Elanor Bell saying there was little information on their feeding behaviour.

“Minkes are faster and more elusive than humpback whales and often forage in areas with lots of sea ice,” she said.

“This makes it challenging to find and approach them to deploy tracking equipment.

“So it was really exciting to be able to attach some tags on this voyage. These will transmit the location and dive depth data to satellites every time they surface for up to two months.”

The research, backed by the International Whaling Commission, ultimately aims to estimate the abundance and distribution of whales and their role in the Antarctic ecosystem.—AFP