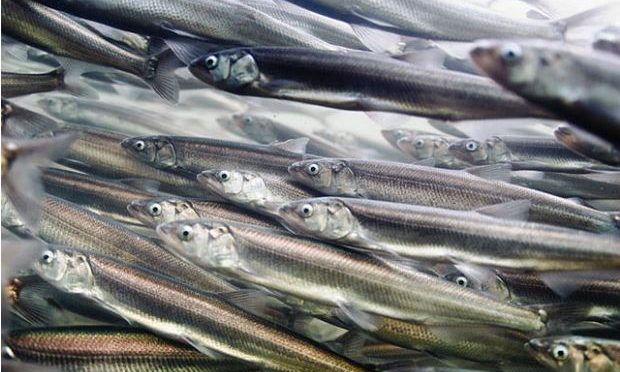 A simple analysis of fish DNA in water drawn from two New York rivers successfully tracked the presence or absence of numerous species during a spring marine migration, according to research published Wednesday.

The inexpensive technique, which can have broad applications in monitoring and protecting aquatic life, was conducted in the East River, which is actually an inlet, and the Hudson River last year.

“By conducting a series of tests over time, collecting surface water from the same point on both the Hudson and East Rivers once a week for six months, we’ve successfully demonstrated a novel way to record fish migration,” said the researchers at New York’s Rockefeller University, whose work appeared in the latest issue of scientific journal PLOS One.

The weekly “snapshots” came from water samples filtered to concentrate the DNA left behind by the slimy surface of fish as they swim, or from their droppings. The DNA was then extracted and sequenced, with the results matched against an online public reference library.

The researchers’ data largely corresponded to findings from years of migration studies conducted by fishnet trawls, the traditional method of tracking marine migration. This is much more labor intensive, expensive and harmful to fish.

“Environmental DNA” sampling will be an easy way to estimate the population and distribution of fish and other aquatic species in bodies of water from rivers and lakes to seas and oceans, the authors said.

“It amazes me that we can get the same information from a small cup of water and a large net full of fish,” said Mark Stoeckle, lead author and senior research associate for the Program for the Human Environment at Rockefeller University.

“Our work also offers clear new insight into the durability of DNA in the water, which persists despite currents and tides with a ‘Goldilocks’ quality just right for research,” he said, telling AFP that experiments carried out in aquariums showed DNA survives for a few days or even a week.

Stoeckle’s study was inspired by French scientist Pierre Tabarlet of the University of Grenoble, who was the first to show that small volumes of water contained enough DNA fragments to detect dozens of species of fish.

The New York research obtained DNA from 42 species of fish, including 81 percent of those known to be common to the area, such as herring, striped bass and oyster toadfish — a flattened brown creature with bulging eyes and a mouthful of teeth.

Uncommon species were also detected, while some DNA came from fish frequently consumed by New Yorkers but not naturally present in the East and Hudson Rivers, such as salmon, tilapia and red snapper.

The researchers determined these latter samples likely entered the water after passing through humans and being discharged in wastewater.

Next steps involve refining the technology by comparing more eDNA results against the findings from traditional studies carried out with nets and sonar.

“It is unclear, for example, if 100 DNA ‘reads’ indicate the presence of one fish or 10 fish,” researchers said.

Ausubel said that stage will take five to 10 years but “the upside potential is just enormous.”

“It could easily improve the rationality with which fish quotas are set and the quality and reliability of their monitoring around the world,” he said.

For Tony MacDonald, director of the Urban Coast Institute at Monmouth University, the science of eDNA sampling “represents a potentially important advance in our capability to detect, understand and more effectively and efficiently manage fisheries and marine biodiversity.”—AFP