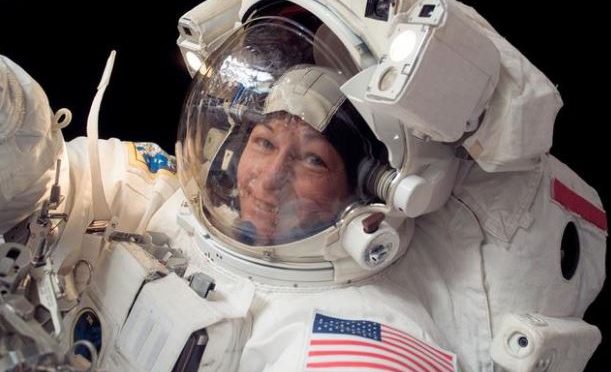 NASA astronaut Peggy Whitson on Monday set a new US record for most cumulative days spent in space, surpassing cosmonaut Jeff Williams’ record of 534 days aboard the International Space Station (ISS).With the recent extension of her stay at the ISS, the Expedition 51 commander has five months to rack up another record, NASA said.

In March, she seized the record for most spacewalks spanning over 53 hours by a female, breaking Indian-American Sunita Williams’ record of seven spacewalks totaling 50 hours and 40 minutes.

Now, after launching on November 17 last year with 377 days in space already under her belt, she has surpassed astronaut Jeff Williams’ previous US record of 534 days, 2 hours and 48 minutes of cumulative time in space.

This is Whitson’s third long-duration stay onboard the space station, and in March her mission was extended into September, increasing the amount of valuable astronaut time available for experiments on board the station.

When she returns to Earth, she will have spent more than 650 days in space, and decades supporting spaceflight from the ground, NASA said.

Whitson began her NASA career in the 1980s. She held a number of research-related positions, and in 1992 was named project scientist of the Shuttle-Mir Programme.

She made her first trip to the ISS in 2002. Space shuttle Endeavour delivered her and her Expedition 5 crewmates for a 184-day stay in the four modules that made up the space station at the time.

While there, she took part in 21 science investigations and became the first NASA science officer. In 2008, Whitson returned as commander of Expedition 16, and was on hand for the installation of the Harmony node, the Columbus laboratory and the Kibo logistics module.

She spent another 192 days in space and performed her first five spacewalks.

Since returning for her third stay in November last year, Whitson has added another three spacewalks to her list, bringing her total time spent outside the space station to more than 53 hours.

With the title for most spacewalks by a female and most time spent spacewalking by a female already secure, she will add to both numbers on May 12, when she is scheduled to venture out of the station’s airlock again.

Between trips to space, Whitson was named chief of the astronaut office in 2009, becoming the first female to hold the position, which she remained in until 2012.