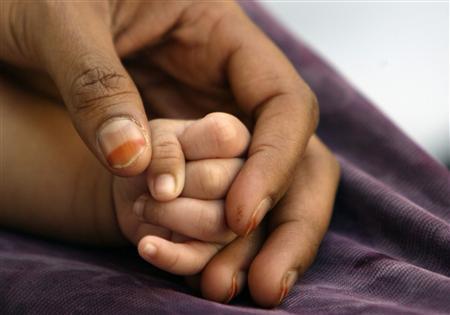 At least one million babies have been born in the US using in-vitro fertilisation (IVF) and other assisted reproductive technologies, a report has said

The latest report was released this week by the US Society for Assisted Reproductive Technology (SART), which started to collect data on assisted reproductive technologies (ART) in 1985, Xinhua news agency reported.

For 2015, SART’s 371 clinics, which represent more than 90 per cent of the infertility clinics in the US, reported that they performed 213,004 treatment cycles, resulting in the birth of 67,818 babies.

Positive trends in treatment and outcomes continued in 2015, with 34.5 per cent of procedures transferring a single embryo, compared to 27.2 per cent in 2014, the report said.

“Fewer embryos transferred leads to lower incidence of multiple birth: 80.5 per cent of babies born from 2015 cycles were singletons, 19.1 per cent twins and fewer than one-half of one per cent were triplets (or higher order),” the report said.

With improvements in egg cryo-preservation techniques, the use of frozen donor eggs has also increased.

At least 2,886 recipient cycle started using frozen donor eggs in 2014, and this number rose to 3,215 in 2015. IVF was introduced in the US in 1981, and according to SART, about one in every 100 babies born in the country was conceived using IVF and related treatments.

The world’s first IVF baby, Louise Brown, was born in Britain in 1978.