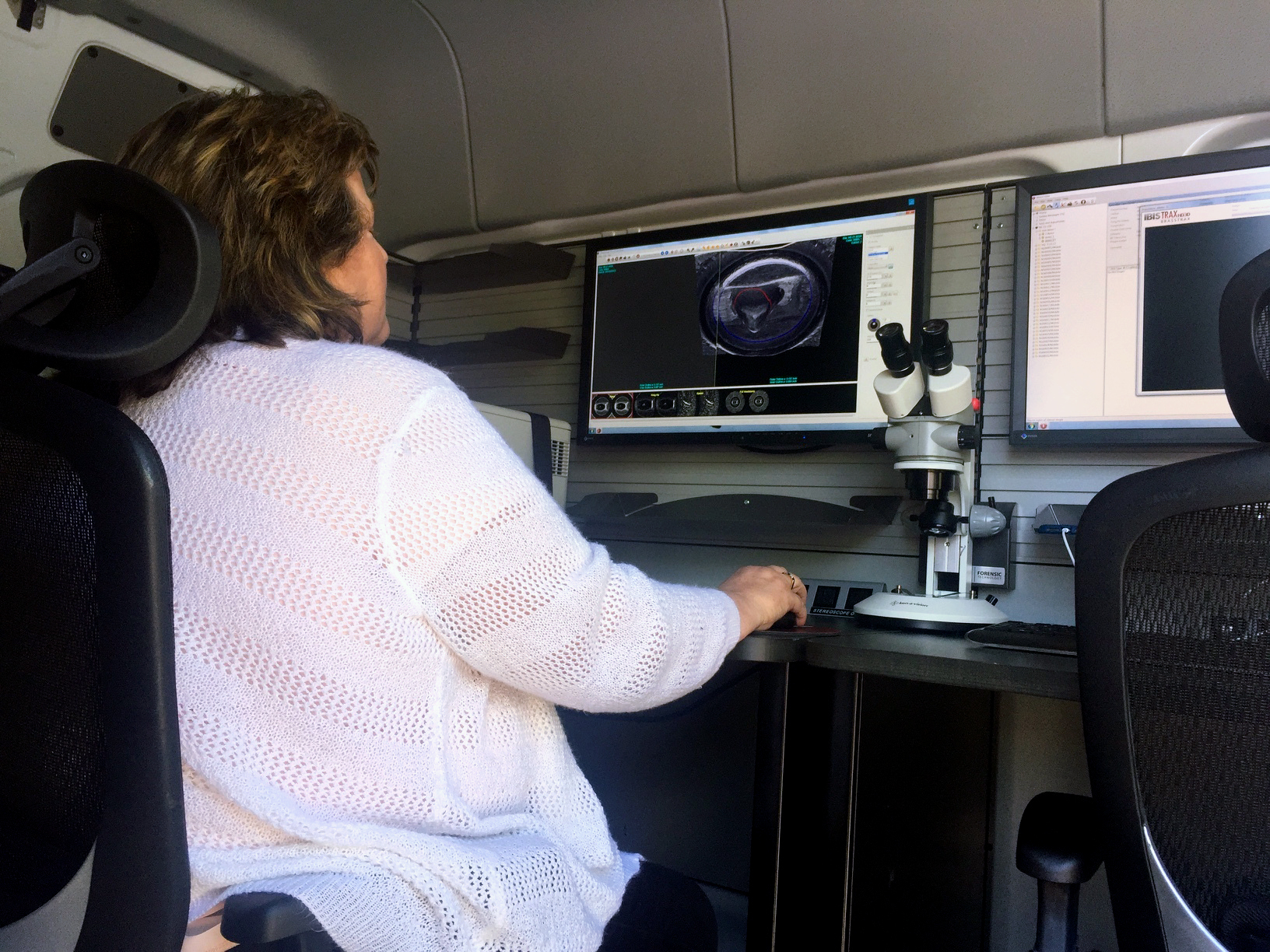 A woman works from a U.S. Bureau of Alcohol, Tobacco, Firearms and Explosives mobile ballistics trailer on Tuesday, May 2, 2017, in Baltimore. The trailer enables detectives to test-fire weapons at the scene of a crime, rather than sending them to a laboratory and waiting days for results. The first stop for the National Integrated Ballistics Information Network is Baltimore, where the homicide rate so far this year is the second-highest the city has ever recorded. (AP Photo/Juliet Linderman)