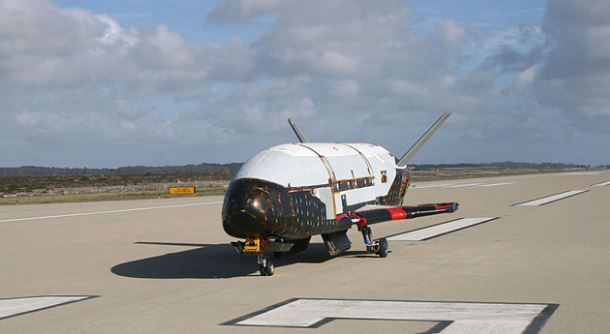 The US Air Force’s X-37B space plane returned to Earth on Sunday after completing a secret space mission that lasted nearly two years.
The reusable, unmanned X-37B Orbital Test Vehicle landed at the Shuttle Landing Facility at NASA’s Kennedy Space Center in Florida, an airport used by the US space agency’s Space Shuttle for landing until the programme’s end in 2011.

The just-ended mission, known as Orbital Test Vehicle mission 4 (OTV-4), was launched in May 2015 and conducted secret experiments for a total of 718 days while in orbit, Xinhua news agency reported.

It’s the fourth and longest-running mission for the X-37B programme, run by the US Air Force’s Rapid Capabilities Office. The programme began as a NASA project in 1999 but was later transferred to the Pentagon.