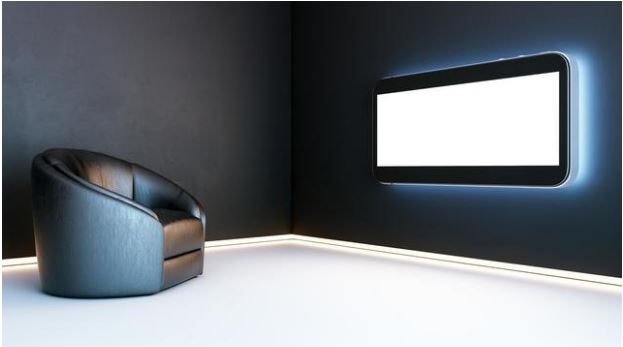 While touch sensing is common on small, flat surfaces such as smartphone or tablet screens, researchers have now developed a technology to turn surfaces of a wide variety of shapes and sizes into touchpads using tools as simple as a can of spray paint.
The technology, called Electrick, can turn walls, furniture, steering wheels and even toys into touch sensors, the researchers said.

The “trick” is to apply electrically conductive coatings or materials to objects or surfaces, or to craft objects using conductive materials.

By attaching a series of electrodes to the conductive materials, researchers showed they could use a well-known technique called electric field tomography to sense the position of a finger touch.

“For the first time, we’ve been able to take a can of spray paint and put a touch screen on almost anything,” said Chris Harrison, Assistant professor in the Human-Computer Interaction Institute at Carnegie Mellon University in Pittsburgh, US.

The group is scheduled to present Electrick at CHI 2017, the Conference on Human Factors in Computing Systems, this week in Denver, Colorado.

Some methods have relied on computer vision, which can be disrupted if a camera’s view of a surface is blocked. The presence of cameras also raises privacy concerns.

With Electrick, conductive touch surfaces can be created by applying conductive paints, bulk plastics or carbon-loaded films, among other materials.watch movie Despicable Me 3 now

Like many touchscreens, Electrick relies on the shunting effect—when a finger touches the touchpad, it shunts a bit of electric current to ground.

By attaching multiple electrodes to the periphery of an object or conductive coating, the researchers showed they could localise where and when such shunting occurs.

They did this by using electric field tomography—sequentially running small amounts of current through the electrodes in pairs and noting any voltage differences.

The researchers used Electrick to add touch sensing to objects as varied as a steering wheel and the surface of a guitar, among others.

The technology could be used to make an interactive smartphone case—opening applications such as a camera based on how the user holds the phone.