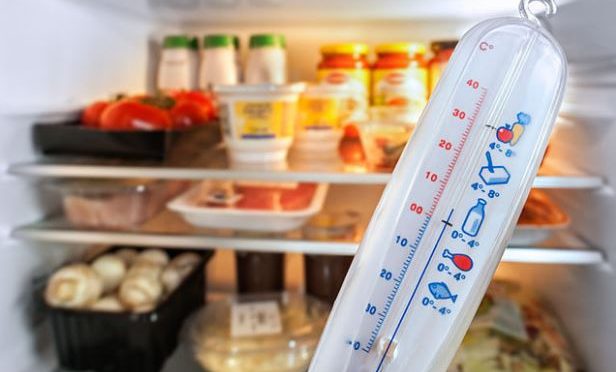 Suspended in the air, at the Department of Atomic Energy’s Variable Energy Cyclotron Centre (VECC) here, this gizmo, resembling a scaled-up thermos, works silently amidst a labyrinth of tubes under the watchful eye of a computer.Its makers claim it is India’s first indigenously-designed advanced cryogenic technology reaching temperatures slightly toasty than the very, very cold world of space.

Technically the cryogenic device is called a dilution refrigerator. It can provide continuous cooling to temperatures as low as 2 miliKelvin (-273.148 degrees Celsius). This is roughly how cold space is. The technology developed at the Helium Technology and Low Temperature Physics lab at VECC dips down to about a relatively warmer 50 miliKelvin.

“India is now the world’s eighth country to have designed a dilution refrigerator reaching 50 miliKelvin in the laboratory. India procures dilution refrigerators from Germany, the UK and other countries. Under the recent thrust on Make in India we have attempted to do something which has not been tried earlier in the country,” VECC scientist Nisith Kr. Das told IANS.

Proudly explaining the importance of each component, Das said not only does the device showcase a technological advancement for India’s indigenisation, it is also a huge confidence booster for the country’s scientific workforce.

“It is a milestone in India for cryogenic research,” Das said.

While the market price of an imported dilution fridge is around Rs2.5 crore ($387,000), the production cost for the VECC initiative is around Rs1.2 crore.

“We will provide all support if it is commercialised and adopted for production. The price will also go down when it is produced on a larger scale,” Das said.

The innovation is documented in the Current Science journal. Jedidiah Pradhan, Bidhan Ch Mondal, Anindya Roy, Z.A. Naser and Pradeep Kumar are the co-authors of the paper.

Trawling through four years of research data, patent information and expert advice, the birthing process of the refrigerator has been immensely challenging, the researchers said. More so because of the frivolous nature of liquid helium, which lends the machine its cooling power.

“Liquid helium at the temperature creeps out and so we had to ensure the entire system was leak proof. Moreover, the device was suspended in the air to prevent any vibrations from causing unwanted heating and evaporation of the helium,” co-researcher Pradhan said.

“The cryostat (cold chamber component of the refrigerator) was mounted on a stainless steel-supported structure with air spring and suspended in the air below ground level,” he added.

According to Das, all of the components (including the heat exchanger and tubing) were fabricated and assembled bit by bit at the VECC lab.

“However, we had to purchase the vacuum measuring apparatus from abroad,” said Das, adding that currently, in India, a dilution refrigerator purchased from Leiden Cryogenics, The Netherlands, is available at Mumbai’s TIFR.

The lab is now exploring the realm of cryogen-free dilution refrigerator which cools down samples to even lower temperatures without the need for liquid helium.