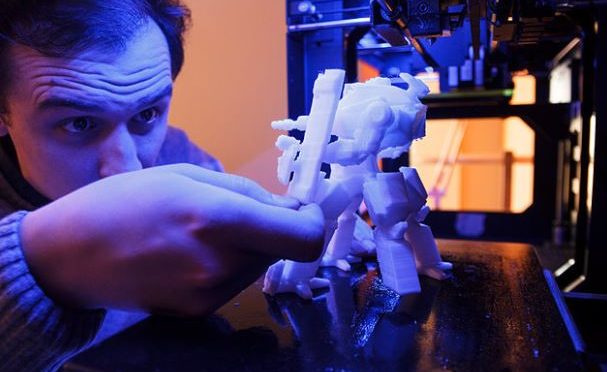 US engineers have developed a 3D-printed, four-legged robot that is capable of walking on rough surfaces such as sand and pebbles, the media reported on Wednesday.
Researchers led by Michael Tolley, a mechanical engineering professor at the University of California San Diego (UCSD), will present the robot at the IEEE International Conference on Robotics and Automation scheduled for May 29 to June 3 in Singapore, Xinhua news agency reported.

The soft-legged robot could be used to capture sensor readings in dangerous environments or for search and rescue, researchers said.

According to the UCSD, the legs of the robot are made up of three parallel, connected sealed inflatable chambers or actuators, 3D-printed from a rubber-like material.

The chambers are hollow on the inside, so they can be inflated. On the outside, the chambers are bellowed, which allows engineers to better control the legs’ movements.

The breakthrough was made thanks to a high-end printer that allows researchers to print both soft and rigid materials within the same components.

“The idea came from nature. In nature, complexity has a very low cost,” Tolley said. “Using new manufacturing techniques like 3D printing, we’re trying to translate this to robotics.”