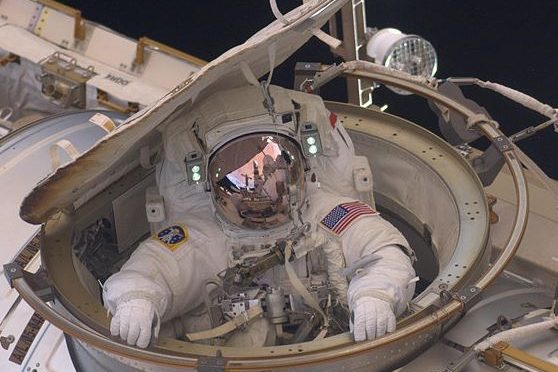 Two US astronauts floated outside the International Space Station on Tuesday for a hastily planned spacewalk to replace a computer that failed on Saturday, the National Aeronautics and Space Administration said.Station commander Peggy Whitson and flight engineer Jack Fischer left at around 7:30 a.m. EDT/1130 GMT as the orbiting outpost sailed 250 miles (400 km) over the Philippine Sea, just south of Tokyo.

Whitson headed to the center backbone of the station’s exterior framework where the failed computer is located. The 50-pound (23 kg) computer, which is about the size of a microwave oven, is one of two that control equipment, including solar power panels, cooling loops, radiators and robotics gear, on the US side of the station.

The loss of one of the computers on Saturday did not affect station operations or pose a risk to the crew, but NASA managers wanted to restore a backup as quickly as possible, said mission commentator Rob Navias.

While Whitson replaced the failed computer, Fischer installed a pair of wireless communications antennas onto the outside of the US Destiny laboratory, one of three research modules aboard the $100 billion station, a project of 15 nations.

The spacewalk, scheduled to last just 2.5 hours, will move Whitson, a veteran of 10 previous outings, to third on the list of the world’s most experienced spacewalkers, behind Russian cosmonaut Anatoly Solovyev and NASA’s Mike Lopez-Alegria.

“No insight into what the problem is yet,” NASA spokesman Dan Huot wrote in an email. “Likely won’t know more until someone has the chance to do diagnostics on it.”