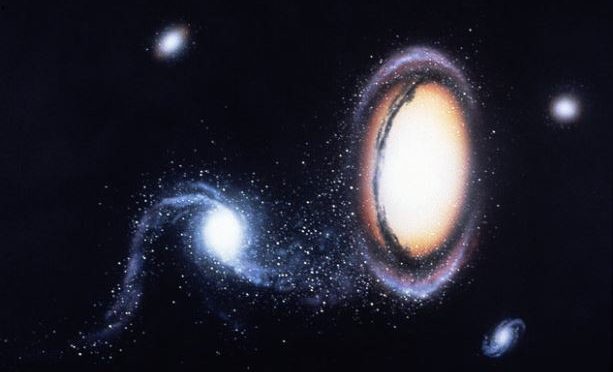 Quasars, powerful energy sources believed to dwell at the heart of galaxies, may be responsible for why some galaxies ceased making stars, researchers say.Some of the biggest galaxies in the universe are full of extinguished stars. But nearly 12 billion years ago, soon after the universe first was created, these massive galaxies were hotspots that brewed up stars by the billions.

Offer a clue to solving this mystery, the new study published in the Astrophysical Journal, suggests that quasars may starve galaxies of energy needed to form stars.

The study could help explain how galaxies evolve from star makers to cosmic cemeteries and how various phenomena scientists know little about—quasars and supermassive black holes that are believed to exist deep within all galaxies, for example—may propel those changes.

The scientists arrived at their theory after locating quasars inside four dusty starburst galaxies that still are creating stars.

“These quasars may play an important role in making the dusty starbursts extinct in the cosmic history,” said the paper’s first author Hai Fu, Assistant Professor at University of Iowa in the US.

“This is because quasars are energetic enough to eject gas out of the galaxy, and gas is the fuel for star formation, so quasars provide a viable mechanism to explain the transition between a starburst and an extinct elliptical (galaxy),” Fu added.

Fu and his team located the quasars with the Atacama Large Millimeter/submillimeter Array (ALMA), a bank of radio telescopes located more than 16,000 feet above sea level in northern Chile.

The scientists then mapped the quasars with other telescopes and at wavelengths ranging from ultraviolet to far infrared.

Based on these observations, they confirmed the quasars are the same as those located with ALMA.