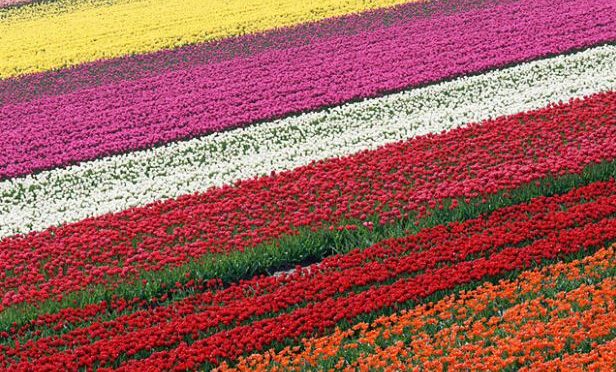 While India reaped the benefits of the Green Revolution in the 1960s, her neighbour China is now taking the lead in another area of sustainable agriculture—developing crops that meet the challenges posed by global warming.
Chinese agricultural scientists are working to convert seasonal crops into perennial crops that regrow after being harvested and deliver multiple yields before dying.

“They are saving labour costs. Besides, greater soil carbon storage and lesser input requirements mean that perennial crops have the potential to mitigate global warming,” Erik J. Sacks, Associate Professor of Crop Sciences at the University of Illinois, told this correspondent in an e-mail.

China’s Yunnan Agricultural University (YAU) started working on perennial rice after the International Rice Research Institute (IRRI) in the Philippines wound up this project in 2001 owing to a financial crisis.

The cross, known as PR 23, “apparently lasts at least five years and gives 10 seasons of grain twice a year with yields comparable to seasonal rice”, Nandula Raghuram, Professor and Dean of Biotechnology at New Delhi’s Indraprastha University, told this correspondent.

“It seems very convincing and promising,” said Raghuram, one of the 50 delegates from over a dozen countries who recently toured different perennial rice-growing sites in the Yunnan province and tasted the cooked rice. “Farmers we spoke to seemed enthusiastic about adopting perennial rice and possibly other crops because of lower input costs.”

Noting that perennial rice is a great idea, “next only to hybrid rice”, he said perennial legumes are also being developed and it may be possible to have both rice and legume grow perennially in alternative rows/plots on the same field. “This also reduces or eliminates the need for nitrogen fertiliser and reduces the pest/pathogen problems typical to monocultures,” Raghuram said.

Work on developing perennial wheat, buckwheat, sorghum and sunflower are also at various stages in China.

The Land Institute in Kansas, according to Timothy Crews, its Director of Research, plans to convert US farmlands to 70 percent perennial crops from the current 25 percent within 50 years.

However, M.S. Swaminathan, considered the father of India’s Green Revolution, said the main problem with perennial varieties is the need to effectively manage the “unholy triple alliance” of weeds, pests and pathogens.

“Perennial rice used to be common in the past, but I think because of the pest problem, farmers had given it up,” Swaminathan told this correspondent. “There is also perennial wheat and many crops in nature that tend to be perennial. The advantage of perennial crops is that they will be very helpful where there is labour shortage and where the work is being done by family labour.”

Raghuram admitted that perennial crops may not be a panacea for all the ills of agriculture—especially agrarian distress and farmers’ suicides in India—but “they can be an engine for progressive change, both in economic and environmental terms. The challenge for scientists, extension workers and policymakers is to make it happen”.

“While the present varieties of perennial rice developed in China may be suited for Chinese agro climates, “they do offer adequate proof of concept that they can be developed for other agro climates and markets”, Raghuram noted.

The Food and Agriculture Organisation (FAO), which has been highly supportive of the Chinese efforts to develop perennial rice, is keen to extend this technology to other parts of the world.

“Perennial rice, combined with perennial legumes, has huge potential in Asia, especially India,” Hans Dreyer, director of FAO’s plant production division, told this correspondent on the telephone. “A south-south collaboration on this technology can make this happen.”

Anil Rajvanshi, director of Nimbkar Agricultural Research Institute in Phalton, Maharashtra, who is visiting the Land Institute in the US this month, is all for perennials.

“In India we should have a national mission for developing perennial crops for wheat and rice, and ultimately for other crops and vegetables,” Rajvanshi told this correspondent. “Crops are like factories. We never destroy a factory after the produce is made and sold. In fact, most of the time we tweak the machinery and use the same factory to produce different products.”

“Yet in agriculture, after the harvest we uproot the plants, till the soil and replant a new crop. This increases soil erosion, takes away a lot of minerals from the soil and uses up a huge amount of water and energy to develop new root structure, besides increasing the time of harvest,” he added.

“Perennial crops, on the other hand, hold the soil and tremendously reduce the energy required for food and fruit production,” Rajvanshi concluded.