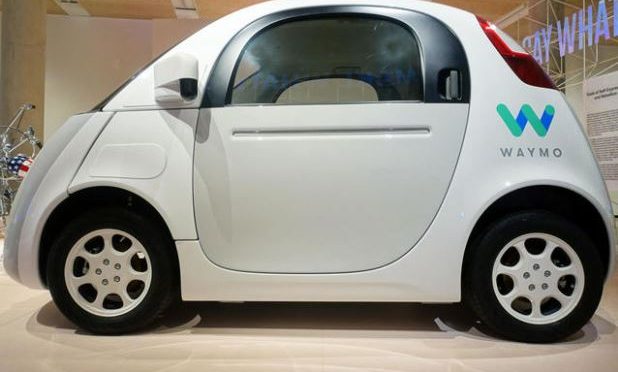 Google’s Waymo has patented a technology that will make its self-driving cars soft on the outside if it comes across a situation where there is a possibility of an accident with a human.According to a report in The Verge on Sunday, Waymo—an autonomous car development company spun out of Google’s parent company Alphabet—recently patented a car design in which the vehicle is held together internally with a number of “tension members”.

These members—which could be cables, rods, or springs—would slacken or tighten to adjust the car’s “external rigidity” as needed, the report said.

If sensors detect the vehicle is about to “come into contact with another object” they would change accordingly. If it’s another car, keep the outside stiff, if it’s a human, loosen up as appropriate.

Waymo said that the end result would be a lighter impact for those hit by the car.

“Think of it like a metal beanbag that crumples to accommodate a new, unexpected passenger,” The Verge report explained.

Self-driving vehicles constantly communicate with one another to prevent crashes but this is the first time that an industry player came out with a solution to save pedestrians from accident.

In a related case, Uber and Alphabet have locked horns with each other over latter’s accusation on the ride-hailing app of stealing its self-driving technology.

Last month, the legal tussle between ride-hailing company Uber and Google’s parent company Alphabet escalated when the court allowed Uber to seek deposition of Alphabet CEO Larry Page for up to four hours.

Along with Page, Uber will be allowed to seek deposition of David Drummond, Alphabet’s Chief Legal Officer and Senior Vice-President of Corporate Development, reported Fortune on Saturday.

The depositions were requested by Uber, which is being sued for alleged patent infringement and stealing trade secrets by Waymo, the self-driving project of Alphabet.

Waymo filed a lawsuit against Uber earlier in 2017, alleging that the stolen information became the technological basis for Uber’s self-driving cars.

According to the lawsuit, Anthony Levandowski, who earlier headed its self-driving car project, downloaded around 14,000 files from his company-issued computer containing trade secrets related to Waymo’s LIDAR technology, circuit board designs, and testing documentation.

The company also alleged that Levandowski tried to remove traces of those actions by reformating his laptop.

Levandowski joined Uber after his stint at Google, where he shepherded the company’s own self-driving car programme.