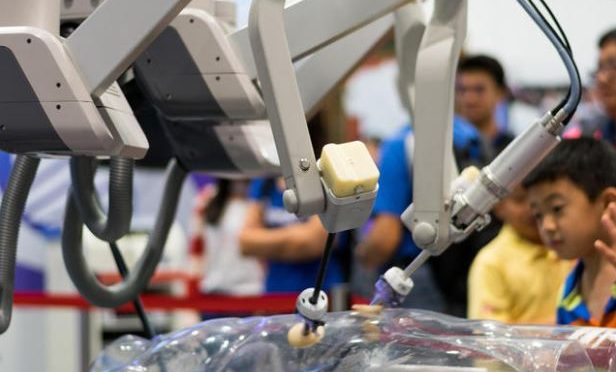 British scientists have developed the world’s smallest surgical robot which could transform daily operations for tens of thousands of patients, the media reported on Sunday.From a converted pig shed in the Cambridgeshire countryside, a team of 100 scientists and engineers have used low-cost technology originally developed for mobile phones and space industry to create the first robotic arm specifically designed to carry out keyhole surgery, reports the Guardian.

The robot, called Versius, mimics the human arm and can be used to carry out a wide range of laparoscopic procedures including hernia repairs, colorectal operations, and prostate and ear, nose and throat surgery, in which a series of small incisions are made to circumvent the need for traditional open surgery.

The robot is controlled by a surgeon at a console guided by a 3D screen in the operating theatre, according to its maker Cambridge Medical Robotics.

“Having robots in the operating theatre is not a new idea,” said the company’s chief executive, Martin Frost.

“But the problem at the moment is that they are phenomenally expensive, not only do they cost $2.5 million each to buy but every procedure costs an extra $3,800 using the robot… and they are very large.”

The Cambridge Medical Robotics said it was already working with a number of National Health Services-owned and private hospitals to introduce the robots.

The current global market for surgical robots is worth approximately $4 billion a year but this is expected to grow to $20 billion by 2024.