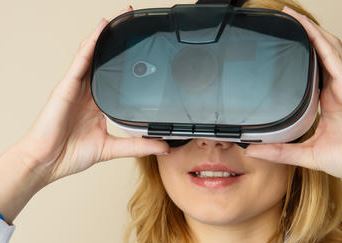 Japanese researchers have shown that an augmented reality (AR) system could be a useful guide to planning, performing and evaluating the results of plastic and reconstructive surgery.The AR system that the researchers developed enabled them to create 3D simulations of the desired results of facial reconstructive procedures and project them over the patient’s face during surgery, according to the study published in the journal Plastic and Reconstructive Surgery – Global Open.

“Augmented reality is a technology that combines computer-generated images on a screen with a real object or scene,” said researcher Koichi Ueda of Osaka Medical College, Japan.

“We sought to develop a sophisticated yet simple and modifiable AR technique for use during plastic and reconstructive surgery,” Ueda said.

The researchers used a high-definition digital camera to capture 3D image of the facial surface and computed tomography scans to obtain digital information on the underlying facial bones for each patient.

These digital data were then manipulated to create 3D simulations of the ideal final results.

For example, in a patient with a fractured cheekbone, the reconstruction was simulated by obtaining and reversing an image of the opposite, uninjured bone.

Using a pair of commercially available smart glasses, the surgeon was able to superimpose the 3D digital simulation image of the desired appearance over the patient’s face during surgery.

The group used free, open source software products to solve various technical problems, including manipulating and displaying the 3D simulations and lining them up (registration) with the surgical field.

The AR system helped in planning and confirming reconstruction of the underlying facial bones, for example, in a patient with a congenital bone development disorder and another patient with a complex facial fracture.

In all cases, the 3D simulation of the body surface provided a visual reference of the final facial appearance.

With each new case, the group made additional technical refinements to address limitations of the AR system.

Although the experimental system was not actually used to guide surgery in this initial experience, it helped in visualising the planned correction and confirming the final outcome.