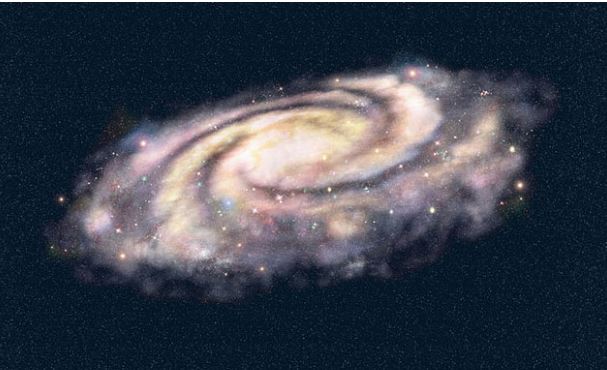 Astronomers have found evidence that galactic magnetic fields form early in a galaxy’s life and remain relatively stable.The finding, published in the journal Nature Astronomy, refutes a theory which suggests that the magnetic field of a young galaxy starts off weak and tangled, becoming stronger and more organised over time.

The astronomers observed a magnetic field of a similar strength and configuration to that seen in our own Milky Way in a galaxy five billion light-years from Earth.

Because the magnetic field of the observed galaxy is not much different from the fields we observe in our own Milky Way Galaxy and nearby galaxies, the detection is evidence that galactic magnetism appears relatively early, rather than growing slowly over time.

“This means that magnetism is generated very early in a galaxy’s life by natural processes, and thus that almost every heavenly body is magnetic,” said study co-author Bryan Gaensler, Professor at Dunlap Institute for Astronomy & Astrophysics, University of Toronto, Canada.

The galaxy is the most distant in which a coherent magnetic field has been observed and provides important insight into how magnetism in the universe formed and evolved.

“It is now the record holder of the most distant galaxy for which we have this magnetic field information,” Mao said.

The observation was made using the Karl G. Jansky Very Large Array, an array of radio telescope dishes in Plains of San Agustin in the New Mexico desert, operated by the National Radio Astronomy Observatory in the US.

“Nobody knows where cosmic magnetism comes from or how it was generated,” Gaensler said.

“But now, we have obtained a major clue needed for solving this mystery, by extracting the fossil record of magnetism in a galaxy billions of years before the present day,” Gaensler added.