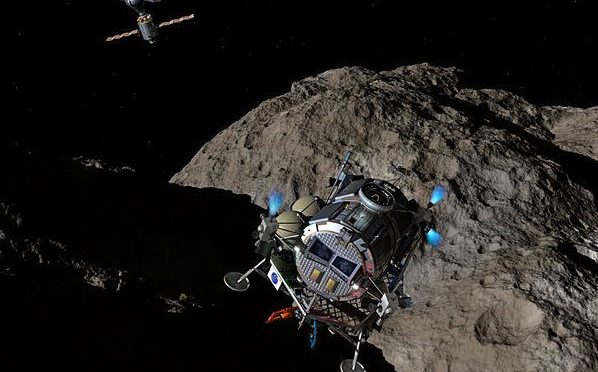 NASA has said its spacecraft on first asteroid sample return mission will pass about 16,000 km above the Earth on September 22.Using the Earth as a slingshot, the spacecraft OSIRIS-REx (Origins, Spectral Interpretation, Resource Identification, and Security – Regolith Explorer) will receive an assist to complete its journey to the asteroid Bennu.

OSIRIS-REx is undertaking a challenging mission to visit the near-Earth asteroid, survey the surface, collect samples and deliver them safely back to the Earth.

The spacecraft is halfway through its two-year outbound journey, and now OSIRIS-REx needs an extra boost to successfully rendezvous with Bennu.

Bennu’s orbit around the Sun is tilted six degrees in comparison to the Earth’s. The gravity assist will change OSIRIS-REx’s trajectory to put the spacecraft on a course to match the asteroid’s path and speed.

“The Earth Gravity Assist is a clever way to move the spacecraft onto Bennu’s orbital plane using Earth’s own gravity instead of expending fuel,” said Dante Lauretta, OSIRIS-REx principal investigator at the University of Arizona, Tucson.

The spacecraft will fly over Australia before reaching its closest point to the Earth over Antarctica, just south of Cape Horn, Chile.

“For about an hour, NASA will be out of contact with the spacecraft as it passes over Antarctica,” said Mike Moreau, Flight Dynamics System Lead, OSIRIS-REx Project at NASA’s Goddard Space Flight Center in Greenbelt, Maryland.

During the gravity assist, OSIRIS-REx will pass through a region of space that is inhabited by Earth-orbiting satellites, and NASA said it has taken precautions to ensure the safety of the spacecraft as it flies through this area.

The team has already made multiple adjustments to the spacecraft’s path since launch on September 8, 2016.

In late June of 2018, the team will perform another deep space maneuver to further target the rendezvous with Bennu.

Then beginning in October 2018, a series of asteroid approach maneuvers will be executed to slow the spacecraft with respect to the asteroid.

Once OSIRIS-REx rendezvouses with Bennu in late 2018, the spacecraft will begin surveying the surface, NASA said.