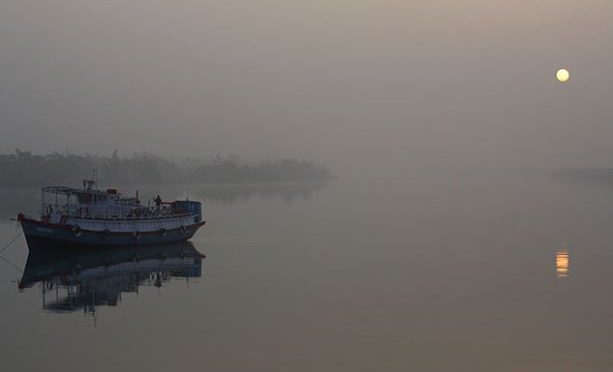 A lot of water has gone under the bridge since the idea of interlinking of rivers was first mooted during the tenure of first Prime Minister Jawaharlal Nehru. The project which has undergone several transformations since then is yet to take shape on ground, with states perennially bickering over their share of water.But if A.C. Kamraj—a hydro scientist and an expert member of the government’s interlinking of rivers project—is to be believed, an alternative method of linking rivers can be adopted with far better results and zero disputes over the share of water.

Kamraj, also the head of National Waterways Development Technology, said the National Waterways Project envisages a way in which the two rivers can be linked through a waterway built on an even plane enabling two-way flow between the rivers.

Also known as Smart Waterways, the project is evolved by Kamraj.

One of the advantages of the technology, Kamaraj says, is that unlike the traditional interlinking of rivers which involves pumping of water using a lot of electricity, this technology uses only the “excess flood water that goes to seas un-utilised” without any pumping.

”Nothing has happened for the last 35 years with the interlinking project when Indira Gandhi government formed the National Water Development agency in 1982,” Kamraj said in a press conference on Saturday.

“The actual plan goes further back to the time of Nehru. It was approximated at that time that the interlinking of Ganga and Kaveri rivers alone would require the power equivalent to that being produced in the entire country.”

He said that the project was technically sound but was cold-freezed because of prohibitive costs.

But Kamaraj is hopeful of seeing the networking of rivers materialise now that Union Minister of Shipping and Water Resources Nitin Gadkari has shown interest in “his technology” along with several southern states.

“I met Mr Gadkari last in March. He was happy with our proposal. Andhra Pradesh, Karnataka and Telangana also showed satisfaction with the idea,” Kamraj said.

The alternative idea of linking of rivers through waterways was first proposed during the Atal Bihari Vajpayee government, which had formed a task force for the interlinking of rivers and “had found lot of problems” in it.

“Twenty-one proposals were received from all over the country including ours… and reviewed by IIT professors. After reviewing all the proposals, the National Waterways Project (NWP) was declared the best,” he said.

Bi-directional flow of water, zero pumping, enabling of 15,000 km of navigation, reduction of land acquisition from eight per cent to two per cent, and 40 per cent flood control against four per cent possible under the traditional method are a few other advantages with the technology, said Kamraj.

The current government aims to link 60 rivers across the country at a cost of $80 billion. The mammoth project includes Ken-Betwa link between the states of Madhya Pradesh and Uttar Pradesh.

But Kamraj says that the project will remain stuck in controversies just like sharing of water of river Kaveri between Tamil Nadu and Karnataka.

”Even if they are completed, this will be another Kaveri issue bringing the fight between UP (Uttar Pradesh) and MP (Madhya Pradesh),” he said.

Kamraj said the Netherlands and Canada have also been impressed by his project and have shown interest in adopting the technology for their countries.