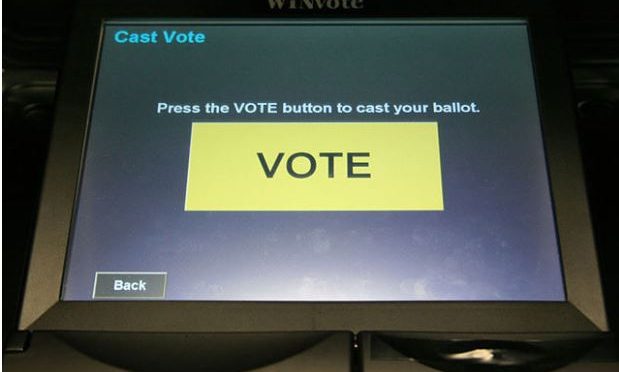 The US state of Virginia is set to replace direct-recording electronic voting machines with devices that produce a clear paper trail over hacking concerns.The state’s election board has approved a Department of Elections recommendation to make counties to replace these machines, Engadget reported on Saturday.

The move is aimed at increasing the security and integrity of Virginia’s voting systems ahead of the November election, the Department of Elections said in a statement.

The Department of Elections had requested a security assessment by the Virginia Information Technology Agency of various paperless voting systems in use in Virginia and determined that decertification was necessary to safeguard against unauthorised access to the machines.

Additionally, the direct-recording electronic voting equipment in use in Virginia does not have a voter-verifiable paper audit trail, which is an important security feature provided by the paper systems, the statement added.

”The security of the election process is always of paramount importance. The Department is continually vigilant on matters related to security of voting equipment used in Virginia,” said Edgardo Cortes, Virginia’s Commissioner of Elections.

In India, allegations by some parties of large-scale tampering of electronic voting machines (EVMs) over the results of assembly elections to five states held in February-March and the Delhi civic polls led the Election Commission of India to host an EVM challenge in June to prove the reliability of the equipment.

No political party, however, took up the challenge.
IANS