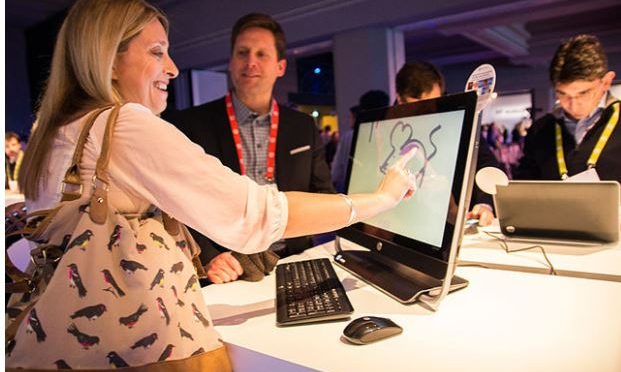 HP Inc announced new premium PCs, offered Device-as-a-Service (DaaS) and launched a university to enhance skills of the companys 18,000 partner employees.
On the busiest day at the HP Reinvent Partner Forum here, the company said it had introduced modular, all-in-one workstation designed for the modern workforce and workstyles.

“As traditional boundaries between work and life go away, HP is focused on designing customer experiences that allow users to seamlessly transition between the two,” said Alex Cho, Vice President and General Manager, Commercial PCs of HP Inc.

The latest PCs from the company incorporates light design, high level of security and manageability that adapts to the lifestyle of each user, Cho said.

The PCs will have new displays and accessories, according to the company.

In 2015, Hewlett Packard was split into two, with HP Inc selling printers, personal computers and services while HP Enterprise (HPE) was spun off to focus on selling hardware like servers to businesses which were setting up data centres.

On feedback from users, HP Inc has come out with DaaS, offering lifecycle services in an all-inclusive managed solution with per-seat, per-month cost, the company announced.

The benefit for customers would be to get a single source for hardware, support, and IT services in a one-price monthly.

DaaS would enhance greater efficiency and free up valuable IT time and resources to drive business growth. Mixed-device environments were the norm in today’s world and managing multiple device types, operating systems and vendors had become increasingly difficult for organisations, it said.

The company quoted an IDC survey to say that more than 60 percent of IT teams surveyed by IDC say their resources were drained by device management.

“DaaS is the only solution for customers and partners that provides the right lifecycle services tailored to individual needs,” according to Bill Avey, Vice President and General Manager, Personal Systems Services of HP Inc.

The global programme would combines online and instructor-led training throughout 170 countries. Offered in 11 languages, the programme was piloted and tested with partners in three markets prior to deployment.

Jensen said that a “simple and clear education program and streamlined, effective operations” was aimed at “maximising growth and profitability”.

By adopting a subscription-based model, companies can tailor their computing environments to shape the experiences they want for customers as well as their workforce, Jensen was quoted in the release as saying.

On Monday, the company had announced several initiatives to make printers safer from malware attacks while also expanded its printing services available on the Cloud.