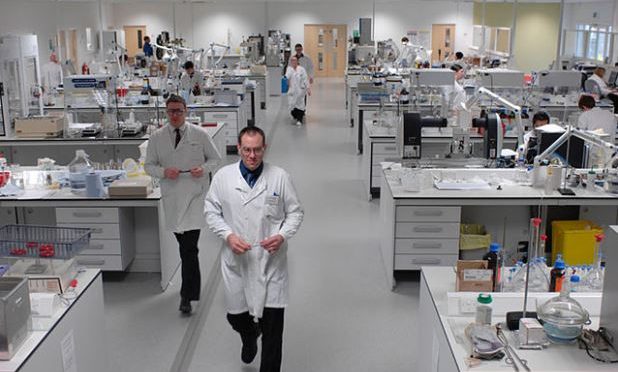 The Ministry of Science and Technology on Wednesday announced three initiatives to boost innovation, awareness and science in the north-eastern states, with a floating laboratory on the Brahmaputra being one of them.Union Science Minister Harsh Vardhan and senior scientists from the Department of Biotechnology (DBT) said the two-storied barge with other small barges or mobile labs in the tributaries will be rolled out this December.

Through a wide-mandate of observations, research and development, the barge—Brahmaputra Biodiversity Biology Boat (B4) — will study the climate change and conduct the biological analysis of the river.

The laboratory will have capability to analyse soil, water, environment, plant and animal life, human health and agriculture. IIT-Guwahati is the nodal agency of the programme.

Multiple other small boat labs or satellite barges in the tributaries of the river will also connect local research institutions along the river and will occasionally give access to the local community to see the bio-diversity from a scientific angle.

“No major river for this size had been studied in this particular region. In future, such projects would be connected with other similar projects in the country,” said Harsh Vardhan.

The first floating lab will cover the region from Pasighat, Dibrugarh, Neemati, Tejpur and Guwahati in Assam.

Meanwhile, the ministry will be distributing Foldoscope—a paper made microscope—in over 500 schools, colleges and among citizen scientists around the nation with focus on North-Eastern states. It will also hold residency training of the students from main-land in the schools situated in north-eastern states.

The Foldoscope costs less than a dollar and can be easily assembled to help the ‘young minds’ explore the microscopic world. Another powerful Foldpscope with a kit will also be available as an option at a subsidised cost.

“We will provide these microscope free of cost in all those schools which had applied,” K. VijayRaghavan, secretary DBT said.

“Science comes across all regional languages and other barriers as long as they are looking at a common scientific perspective, we all can have joy of working together,” VijayRaghavan said.

Meanwhile, a separate Pytho-Pharma project to boost cultivation and conservation of medicinal plants in North East states is also being launched at cost of Rs50 crore.