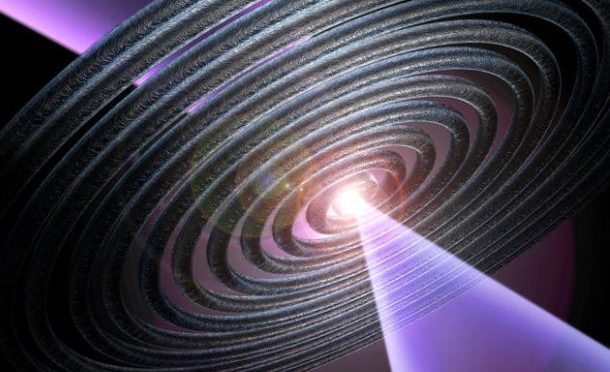 Scientists announced on Wednesday they have detected a fourth gravitational wave signal coming from the merger of two black holes.It’s the first time this phenomenon has been measured simultaneously by both the US-based LIGO and Italy-based Virgo detectors.

Originally predicted in the early 20th century by Albert Einstein, gravitational waves—ripples in space and time—were not detected until 2015, when the Laser Interferometer Gravitational-wave Observatory (LIGO) identified the first such signal from two merging black holes.

The latest observation was made on August 14, 2017. It’s the first gravitational wave signal recorded by the Virgo detector.

“Today, we are delighted to announce the first discovery made in partnership between the Virgo Gravitational-Wave Observatory and the LIGO Scientific Collaboration, the first time a gravitational-wave detection was observed by these observatories, located thousands of miles apart,” said France Cordova, Director of the US National Science Foundation, which funded the LIGO project.

“This is an exciting milestone in the growing international scientific effort to unlock the extraordinary mysteries of our universe,” Cordova added.

The detected gravitational waves were emitted during the final moments of the merger of two black holes with masses about 31 and 25 times the mass of the Sun and located about 1.8 billion light-years away, researchers said.

The newly produced spinning black hole has about 53 times the mass of our Sun, which means that about three solar masses were converted into gravitational-wave energy during the coalescence, they said.

A paper about the event has been accepted for publication in the journal Physical Review Letters.

The Virgo collaboration, which joined in the LIGO’s observation on August 1, consists of more than 280 physicists and engineers belonging to 20 different European research groups.