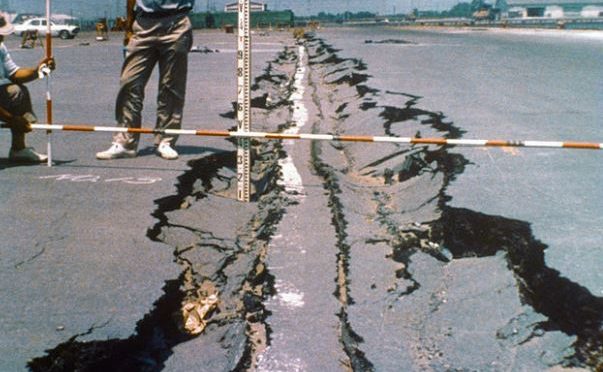 An international team of researchers has developed machine learning techniques that could successfully predict the timing of a real earthquake.The researchers from the University of Cambridge, Los Alamos National Laboratory and Boston University, identified a hidden signal leading up to earthquakes, and used this “fingerprint” to train a machine learning algorithm to predict the timing, but not the size, of future earthquakes.

Using a lab-based system that mimics real earthquakes, the researchers applied machine learning techniques to analyse the acoustic signals coming from the “fault”—on which earthquakes occur.

A fault is a thin zone of crushed rock separating blocks of the earth’s crust. When an earthquake occurs on one of these faults, the rock on one side of the fault slips with respect to the other.

The machine learning algorithm was able to identify a particular pattern in the sound, which occurs long before an earthquake.

This sound pattern can be used to give a precise estimate of the stress on the fault (that is, how much force it is under) and to estimate the time remaining before failure, which gets more and more precise as failure approaches, the researchers said in the paper detailed in the journal Geophysical Research Letters.

“This is the first time that machine learning has been used to analyse acoustic data to predict when an earthquake will occur, long before it does, so that plenty of warning time can be given – it’s incredible what machine learning can do,” said Colin Humphreys, professor at Cambridge’s Department of Materials Science and Metallurgy.

“We’re at a point where huge advances in instrumentation, machine learning, faster computers and our ability to handle massive data sets could bring about huge advances in earthquake science,” added Bertrand Rouet-Leduc from the Los Alamos National Laboratory in New Mexico.