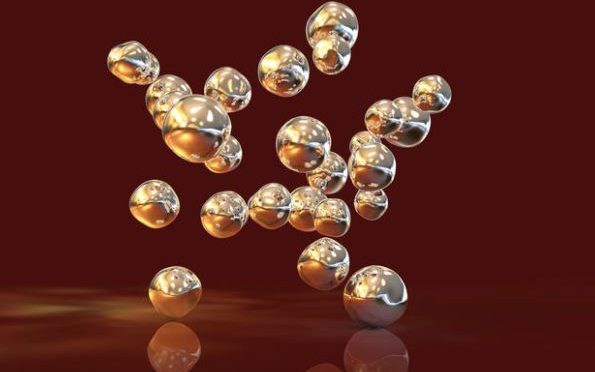 Scientists have in a breakthrough developed “intelligent” nanoparticles that have the potential to heat up to a level high enough to kill cancerous cells, but then also self-regulate the temperature and cool down before harming the healthy tissues.
The self-stopping nanoparticles could soon be used as part of hyperthermic-thermotherapy to treat patients with cancer.

Thermotherapy has long been used as a treatment method for cancer but it is difficult to treat patients without damaging healthy cells.

However, tumour cells can be weakened or killed without affecting normal tissue if temperatures can be controlled accurately within a range of 42 degree Celsius to 45 degree Celcius.

The newly developed “Zn-Co-Cr ferrite” nanoparticles are self-regulating, meaning that they self-stop heating when they reach temperatures over 45 degrees Celsius, the researchers noted in the paper reported in the journal Nanoscale.

“This could potentially be a game changer in the way we treat people who have cancer. If we can keep cancer treatment sat at a temperature level high enough to kill the cancer, while low enough to stop harming healthy tissue, it will prevent some of the serious side effects of vital treatment,” said Ravi Silva, Professor at UK’s University of Surrey.

Importantly, the nanoparticles are also low in toxicity and are unlikely to cause permanent damage to the body.

For the study, the team created nanoparticles which, when implanted and used in a thermotherapy session, can induce temperatures of up to 45 degrees Celsius.

“Magnetic induced hyperthermia is a traditional route of treating malignant tumours. However, the difficulties in temperature control has significantly restricted its usage,” noted Wei Zhang, Associate Professor from Dalian University of Technology.

However, “by making magnetic materials with the Curie temperature falling in the range of hyperthermia temperatures, the self-regulation of therapeutics can be achieved. This is a major nanomaterials breakthrough”, Zhang added.